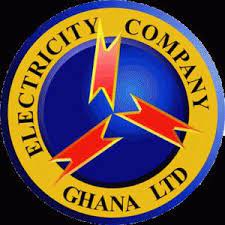 The Electricity Company of Ghana has announced an amnesty for all customers with electrical meter faults within its operational catchment. The utility company says customers with uncaptured meters, billing anomalies, faulty meters, meter bypassing and meter tampering should visit any of its customer service centers to have them rectified. Director of Customer services for ECG, Abraham Anokye Abebrese said the “unacceptable” quantum of losses incurred by the company informed the decision to conduct the exercise for the first time. “Over the years, the biggest issue of the Electricity Company of Ghana has been our losses, which militates against the viability of the company. Generally, losses are inherent in the electricity distribution business all over the world. It is the quantum of the losses which is unacceptable,” he said. Customers have a one-month period from June 7 to July 6, 2022 for the rectification. The exercise forms part of efforts to rid the system of any electrical illegalities and also reduce the utility company’s commercial losses. “In order to reduce our commercial losses once and for all and clean the system of any electrical illegalities and improve the revenue of the company, we have for the time in our history introduced a moratorium or an amnesty for customers prior to the auditing of all meters,” said Mr. Abebrese. He indicated that power theft is a major contributor to the losses over the years. This affects the operations of the company. “Losses of electricity are in two components; technical and commercial losses. Where we have much control is with the commercial losses which are caused by uncaptured meters, billing anomalies, faulty meters, meter bypassing and meter tampering. Power theft however remains a significant contributor to our commercial losses,” he noted. Speaking to the media at the Ashanti SBU of the company, Mr. Abebrese indicated that “customers who have post-paid meters but do not receive bills; customers using prepaid meters but do not purchase electricity credit. Customers with faulty meters. Those who have bypassed or tempered with their meters and are therefore not paying the full cost of power usage and any other customer who is involved in any form of illegality whatsoever; customers will be given a report slip which will indicate that you’ve come to report”. The company says persons found culpable after the said duration would be made to face the rigours of the law. “After the deadline, the national revenue mobilization taskforce will resume full operation and any customer caught stealing will be deemed as a criminal and will be charged with the offense of stealing in accordance with the laws of the country,” he said.
Be the first to comment!
Leave Your Comment