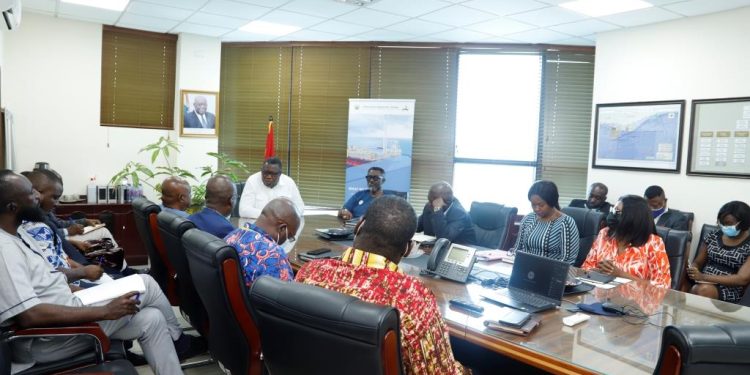 The Ghana Atomic Energy Commission (GAEC), and the Petroleum Commission (PETROCOM), have met to explore how to collaborate on areas of mutual interest. At a meeting between the authorities of the two institutions in Accra, the Director-General of GAEC, Prof. Samuel Boakye Dampare, said the visit was an opportunity for the two institutions to strengthen ties. “We can collaborate to manage naturally occurring radioactive materials (NORM) during oil exploration to avert any radiological health hazards to people and the environment. We can also look at the use of non-destructive testing (NDT) to prevent defects and potential leaks in oil pipelines and tankers.” On his part, the Chief Executive Officer of PETROCOM, Mr. Egbert Faibille Jnr., noted that there was a compelling need for collaboration between the two entities, and that the recent Appiatse disaster in the Western Region had highlighted the need for a stricter regime in the handling of such radiation. “And so, you are right in saying that there are naturally occurring radioactive materials (NORM) and other related dangers during oil exploration that has to be dealt with in a controlled environment,” he said. He called for collaboration in the decommissioning of the Saltpond Oil Field, which he said entails a number of issues, one of which he indicated is the subsea production system containing NORM that must be controlled. “Our concern is that nothing dangerous should escape into the environment during the decommissioning. We need to protect the flora and fauna for our aquaculture and the people who will work on it,” he added. Mr. Faibille Jnr. also mooted the idea of a center of excellence that would serve as a one-stop-shop for the training of the middle-level workforce and technicians in petroleum and nuclear energy that can compete in any part of the world. Other topical issues that took center stage during the meeting of the two commissions were nuclear power, localization, training, and capacity building.
Be the first to comment!
Leave Your Comment