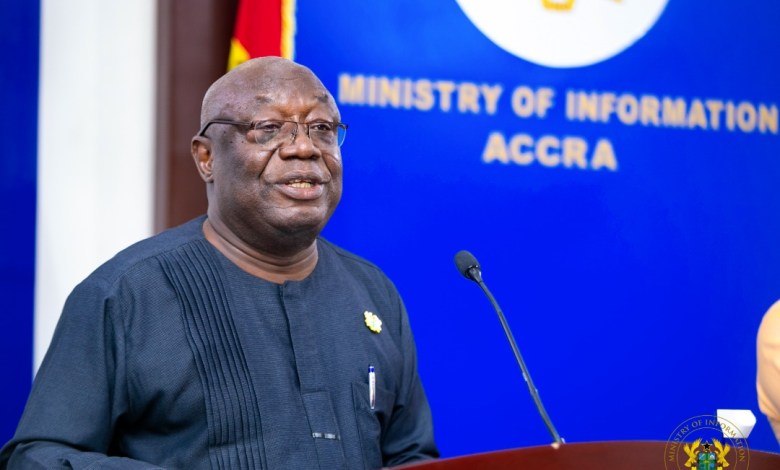 Dr Kwaku Afriyie, Minister of Environment, Science, Technology and Innovation
Ghana’s Minister for Environment, Science, Technology and Innovation has revealed that his country is facing adverse effects of climate change. Dr Kweku Afriyie said the development is having serious impact on the Ghanaian economy. The sector minister bemoaned that though African countries especially Ghana contribute less to climate change, yet paying for its effects. “Africa’s contribution to global warming is very little. But unfortunately, we are paying the price for this global action. We are in fact at the receiving end of climate impact,” the minister lamented. The Minister point out that climate change is real and his country is feeling the impact. Dr Kweku raising the concern during interaction with journalists last Wednesday. He indicated that climate change has negatively affected one of the country’s major source of revenue. The minister said cocoa cultivation is no longer productive as before due to change in climatic conditions. “A lot of you know that Bia East and West districts were the epicenter of cocoa production in Ghana. This is no more. This Western North portions are now suitable for cashew and other drought resistance crops”, he observed. According to the minister, Ghana’s Western North region used to produce 400,000 metric tons of cocoa beans annually. He regrets that the region now produce just 150,000 metric tons of the cash crop. The minister directly attributed the sharp decline in cocoa production in Ghana to current impact of climate change. Dr Kwaku Afriyie said government through his ministry is executing the climate Adaptation Fund Project. He indicates the adaptation project is part of efforts to build climate resilient agrarian economy. The minister disclosed that the project is providing support to some districts in Northern part of Ghana. The project involve rehabilitation of five dams and construction of boreholes in selected districts. Dr Kweku Afriyie is optimistic that the climate adaptation project will improve income levels of rural folks in communities affected by climate change. He also indicated that the project will enhance food security in the country.
Be the first to comment!
Leave Your Comment