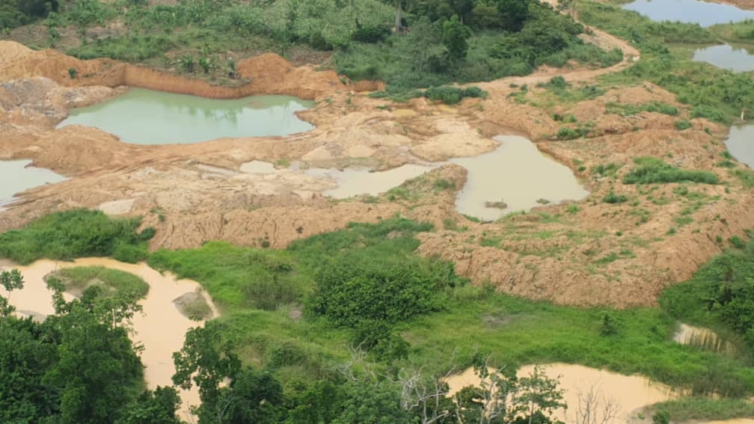 File photo
President Akufo-Addo has reiterated the government’s resolve to protect the country’s mineral resources. Speaking at a gathering on Monday afternoon to commission 100 Mercury-free mining equipment named ‘Gold Kacha’, a technology that addresses concerns over responsible mining, President Akufo-Addo called for sustainable and responsible small-scale mining. He said the Gold Kacha technology will ensure that mining is carried out in an efficient manner. “It is to ensure that mining is carried out in a responsible manner as was done by our ancestors and in line with international best practices and conventions across all levels of operations. This, will in addition to helping eliminate the associated and negative practices, ensure the small-scale mining supports government’s drive to optimise the earnings from mining in pursuit of progress, development and prosperity for all Ghanaians. “When I called for a national dialogue on small scale mining, I was convinced and I am still convinced that small scale mining should and can be done sustainably and that several of our compatriots who are mining responsibly and are applying the protocols which have been established by the Minerals Commission, government will continue to support them and offer them its support,” the President said. The President assured that the government will deploy appropriate measures to safeguard the environment. “Let me assure you the government will not relent in its efforts to flush them out of the ecosystem. In accordance with Article 36(9) of the Constitution of the Republic, government will continue to deploy appropriate measures needed to help, protect and safeguard our national environment for posterity,” he added. Last year, a special military operation began to remove all persons and logistics involved in mining from Ghana’s water bodies. This follows the directive of President Akufo-Addo to the Ghana Armed Forces (GAF). A statement signed and issued by Information Minister Kojo Oppong Nkrumah, said the operation, involving 200 soldiers, started on the River Pra in the Central and Western Regions, respectively. It is reported to be the worst affected water body. According to President Akufo-Addo said it was necessary to halt the trend of illegal mining in the country’s water bodies. “To help protect the environment we had to take far-reaching measures such as involving the Police and Military in ‘Operation Halt’ as well as decommissioning and demobilising machines and equipment used for illegal mining in the forest reserve and water bodies which have been designated red zones for mining. “They were necessary to halt and reverse the trend of ever-increasing turbidity of our waters and the continuing degradation of our lands and to safeguard our environment for posterity,” he noted.

One thing which is consistent about this Government is inconsistency. On one hand, Operation Halt is launched with great fanfare, on the other, those with connections continue to vandalise our Environment. We announce Green Ghana, planting 5 million trees, each student one tree, planting 10 million trees but declassify parts of the only forest reserve in Greater Accra, share parcels of such land, plan to ‘develop’ Ramsar sites and help create ideal conditions for flooding and reduced quality of air. #inconsistent #EnvironmentalVandalism