Photo credit/Joe Kove-Yaw
Stargazers have been treated overnight to a stunning and unusual sight - a super blood Moon. Shortly after 03:30 GMT on Monday, Earth's orbit meant that for several minutes our planet was positioned directly between the Sun and the Moon. In that time the Moon fell completely into Earth's shadow - temporarily turning it a dusky shade of dark red. Its hue was created by sunlight being projected through Earth's atmosphere onto the Moon's shadowed surface. The lunar eclipse coincided with a separate event - a super Moon. This is when the Moon is at its closest point to Earth in its orbit and so appears larger than usual. Those watching out for the resulting super blood Moon got the best view from 03:29 GMT, the moment the full lunar eclipse started and the event became visible in the Western hemisphere. For almost one and a half hours afterwards, the only sunlight reaching the Moon had passed through the Earth's atmosphere turning it red. Sharing his experience in an interview with ghenvironment.com, after staying awake to watch the lunar eclipse, Mr Joe Kove-Yaw, a resident of Bush Pillow, a suburb of Sogakope in the Volta Region described it very beautiful and fulfilling. He said “A friend sent me a message last night about the eclipse and I decided to stay awake to watch it since it is once in a lifetime experience. So, from 1:36am to 3am I was standing on a rooftop gazing the wonders of God”. “It looked red and shiny like a refined gold when the Moon fell completely into Earth's shadow and it was amazing”, he added.
Photo credit/Joe Kove-Yaw
Yaw who is also a student of Brahma Kumaris World Spiritual University, based in Sogakope also described the eclipse as having a spiritual endeavor. “It has this spiritual connection and I just couldn’t have missed it”. John Kumah, a resident of Accra was however not happy that, he couldn’t get up early to observe the full lunar eclipse. “But the little I saw around 3am this dawn was very amazing and I really enjoyed watching while it fades off”. 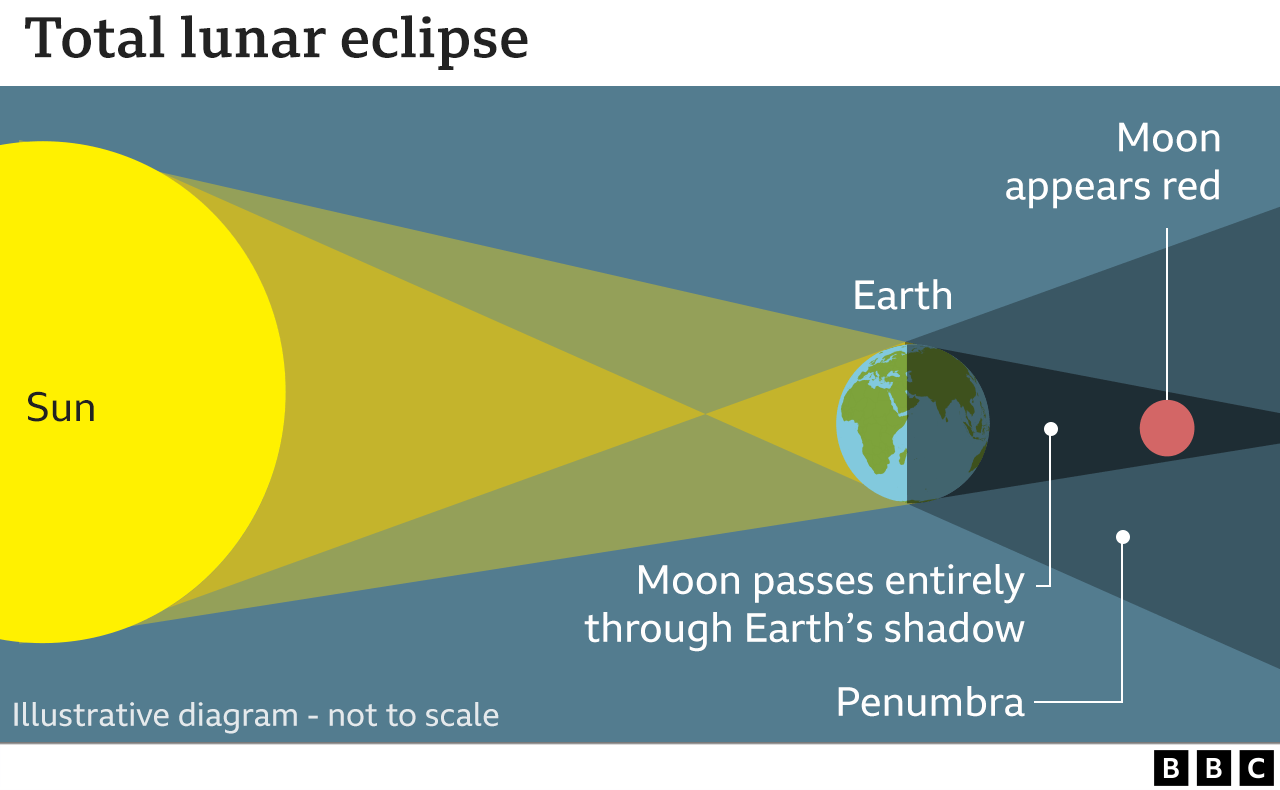