Government gives over 400 acres of military, other state land to Asantehene 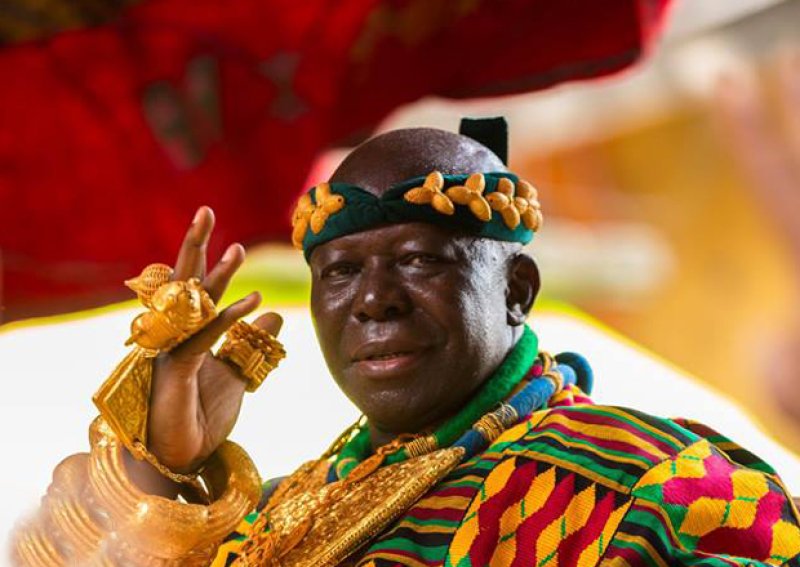 Otumfuo Osei Tutu II is the occupant of the Golden Stool
The government has given more than 400 acres of state lands, including a section of the military barracks in Kumasi, to the Asantehene. The Fourth Estate has sighted a directive to public institutions to that effect. It is signed by the Chief Director of the Ashanti Regional Coordinating Council, Mrs. Emelia Ayebeng Botchway, on behalf of the Regional Minister, Simon Osei Mensah. The letter cites the issuance of “Executive Instrument 432 of 2021 by Government in respect of Redevelopment of Sector 18 of Kumasi, which was published in the Ghana Gazette on 31st December 2021.” The legislative instrument, the directive said, “has revested and released a portion of the state land at the Ridge Residential Area in Kumasi to the Asantehene on behalf of and in trust of the Golden Stool”. “The released portion with an area of 409.24 acres spans from the North-Western Section of the Military barracks near Komfo Anokye Teaching Hospital. The site is along the Bekwai road as its Western Boundary to the Santasi Round About, with the Southern By-Pass as the Southern Boundary. The land also lies towards Dakwodwom to the KCC/State Experimental School, along the Danyame Stream to the north, with the Cedar Road as the Eastern Boundary,” the directive said. “The revested land contains both privately-owned properties to be maintained and state bungalows to be relocated to the area retained by Government,” the directive added. “All leaseholders of private and public residential and other properties within the revested area are also to attorn tenancy to the Asantehene. This means annual ground rent has to be paid to the Golden Stool by all lessees with the coming into force of the Executive Instrument (E.I.) 432, with the Asantehene possessing the reversionary interest,” it said. In February last year, a private developer built a wall across an asphalt road in the Ridge area in Kumasi, sparking public condemnation. Our sources say this is part of the land given to Asantehene by the government. That blockage affected movement to the Ashanti Regional Coordinating Council, the office of the regional minister. 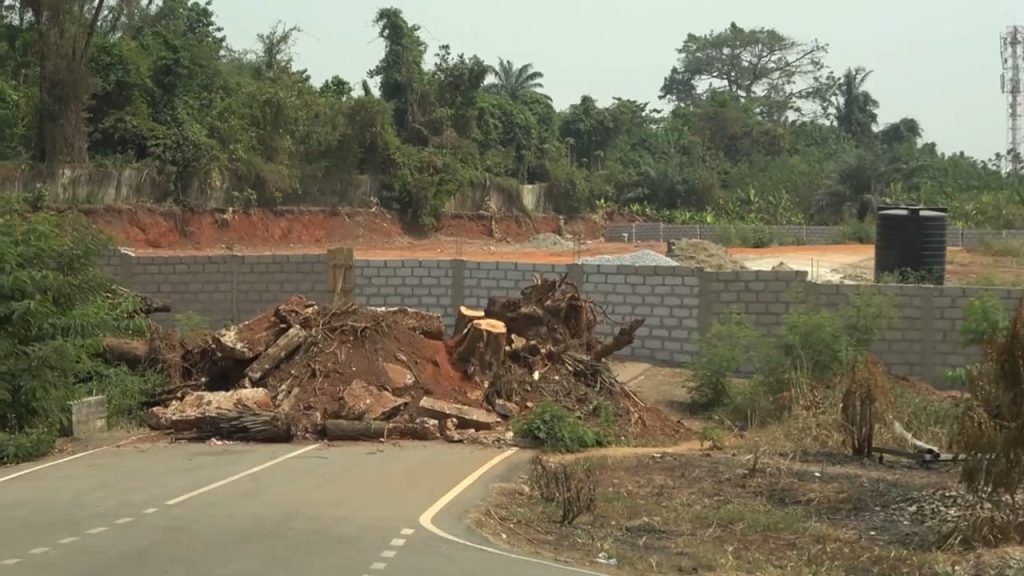 A private developer last year built a wall across an asphalt road in the Ridge area in Kumasi, cutting affecting movement to the Regional Coordinating Council. Photo Credit: citinewsroom.com
The Fourth Estate has tried to reach the Ashanti Regional Minister for a comment, but he did not answer our phone calls. His press aide, however, said he could not comment on the subject since the regional coordinating council was the right body to communicate on the matter. He directed that we should speak with the minister himself. When The Fourth Estate contacted the regional Minister through a Kumasi-based journalist, he said he would not comment on the matter. He said whoever wanted information on the land given to the Asantehene should go to the Lands Commission. We also reached out to the Asantehene’s secretary on whether the government had officially communicated the content of the letter to the Asantehene. He has promised to revert with a response later. The Fourth Estate, however, got a confirmation from the Minister of Lands and Natural Resources, Samuel Abu Jinapor, who said the government had issued an executive instrument giving some state lands in Kumasi to the Asantehene. This news of giving state land in Kumasi to the Asantehene comes in the wake of the controversial declassification of the Achimota forest by the government. Executive Instrument 144, which declassified the Achimota forest, came into effect on May 1, 2022, announcing the cessation of a large portion of the Achimota Forest as a reserve. “An Executive Instrument (E.I.) 144 gazetted on behalf of President Akufo-Addo by the Lands Minister Samuel Abdulai Jinapor indicates that effective May 1, 2022, the land on which the forest is located shall cease to be a forest reserve. “The President’s action was in accordance with Section 19 of the Forest Act, 1927 (CAP. 157), which gives him the authority to declare that particular land is no longer required as a forest reserve,” the executive instrument said. The action on Achimota was greeted with public outrage, with many describing it as a ploy to sell state lands to politicians and the elite. The Minister of Lands and Natural Resources, Samuel Abu Jinapor, dismissed the accusations. The government said the Achimota Forest lands were only being given back to the Owoo family, who are the original owners of the land. That justification, however, suffered a credibility crisis when The Fourth Estate broke the story of how the late chief executive officer of the Forestry Commission, Kwadwo Owusu Afriyie, alias Sir John, willed large parcels of Achimota lands to his relatives. The Lands and Natural Resources Ministry said it would investigate the state lands contained in the will. A statement from the ministry said the state would take over the Achimota Forest lands and the Sakumono Ramsar site land also contained in the will.
Be the first to comment!
Leave Your Comment