Government won’t ban the use of plastics in Ghana - Minister 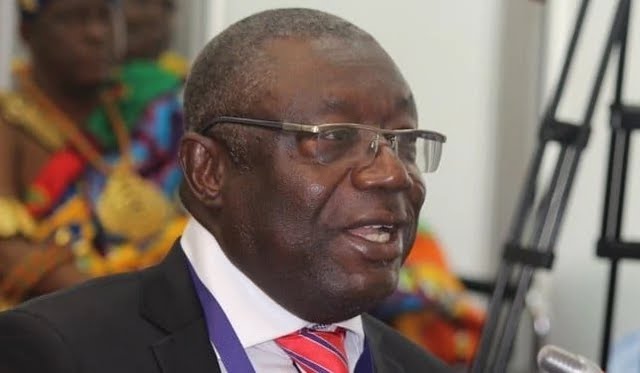 Minister of Science, Technology and Innovation, Dr. Kwaku Afriyie
The Minister for Minister of Science, Technology and Innovation, Dr. Kwaku Afriyie has disclosed that the government won’t ban the use of plastics in the country. He said the government will look for new and sustainable ways to protect the environment. Speaking to press in Accra, Dr. Afriyie said there are no immediate plans to do away plastics. “… As I speak we are not going to ban plastics. We are going to reduce them. We are going to extend their life [span]. When you’re talking about recycling, actually, it’s like an extended use and then end of use we can turn them into other ways.” “So we have a model even about the plastics. Then, of course, we’ll promote other reusable materials which are not too … harsh on our environment.” He added, “… if you’re doing plastic recycling the conventional wisdom is that you take the plastic that has been dumped and remoulds them, no, you need may of 30% of virgin plastics to prime them so that they can have that kind of rigidity. So we are not going to ban plastics importation…” While on tour of some Zoomlion Ghana Limited’s plastics production plants (PPP) in Accra on Wednesday, March 16, 2022, the Minister of Environment, Science, Technology and Innovation (MESTI), Dr. Kwaku Afriyie, said the central government was aiming for a secular economy. By becoming a secular economy, he noted that Ghana would be able to recycle aluminium cans, e-waste, plastics among others and then also turn them into other useful items. “Some we can turn them into energy among others,” he noted. Dr Afriyie indicated that the model currently being used for plastics was based on economic incentives, which is “when you bring (plastics), they weigh them and they pay you.”
Be the first to comment!
Leave Your Comment