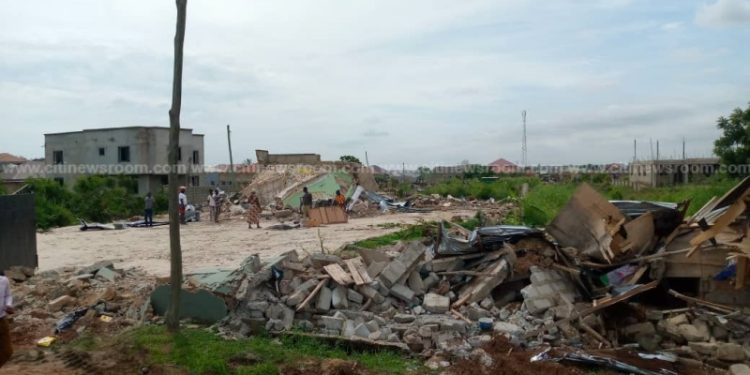 Hundreds of structures unlawfully erected on 200 acres of land belonging to the Animal Research Institute of the Council for Scientific and Industrial Research – Ghana (CSIR) have been demolished at Frafraha in the Adentan Municipality of the Greater Accra Region. This comes after the Greater Accra Regional Security Council gave a 48-hour window for the encroachers to relocate from the area. The institute has over the years complained about the increasing level of encroachment of about 800 acres of its over 1,000-acre lands. 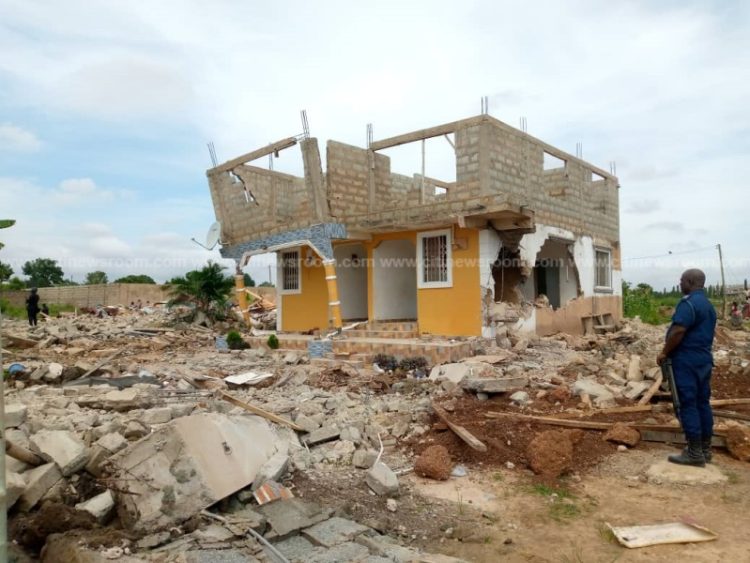 Speaking to journalists during the demolition exercise, the Chairman of the Greater Accra REGSEC, Henry Quartey, urged other encroachers on the remaining 800-acre lands of the CSIR to regularise their documents claiming ownership of the property. “After this exercise, the landlords’ association outside the perimeter should meet quickly and REGSEC will make recommendations to the Minister for Lands and Natural Resources, onward to the seat of government, for those properties to be considered and eventually leading to regularisation.” 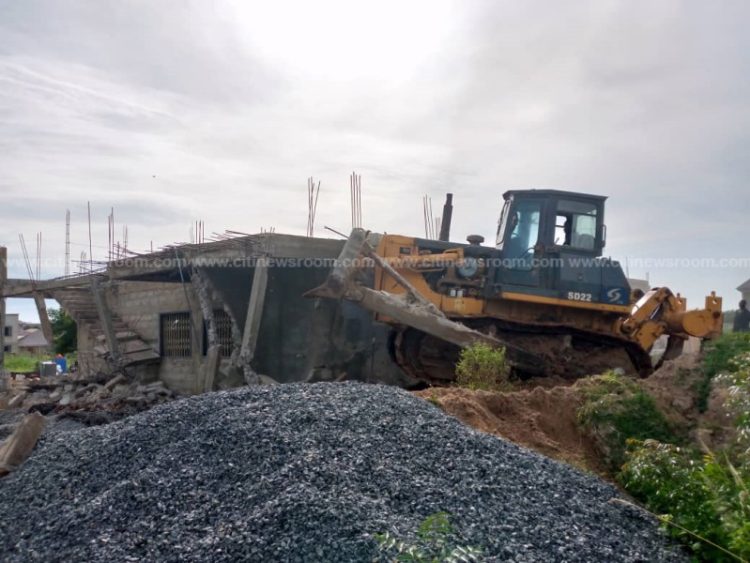 “So that is some relief for those who have lived around for 30 years or 20 years not knowing what their fate is,” the minister said.

This is excellent! Those land pirates who think they can build mushroom houses on other people's lands because they are in power should take careful note! Building on a land does NOT make it yours!!