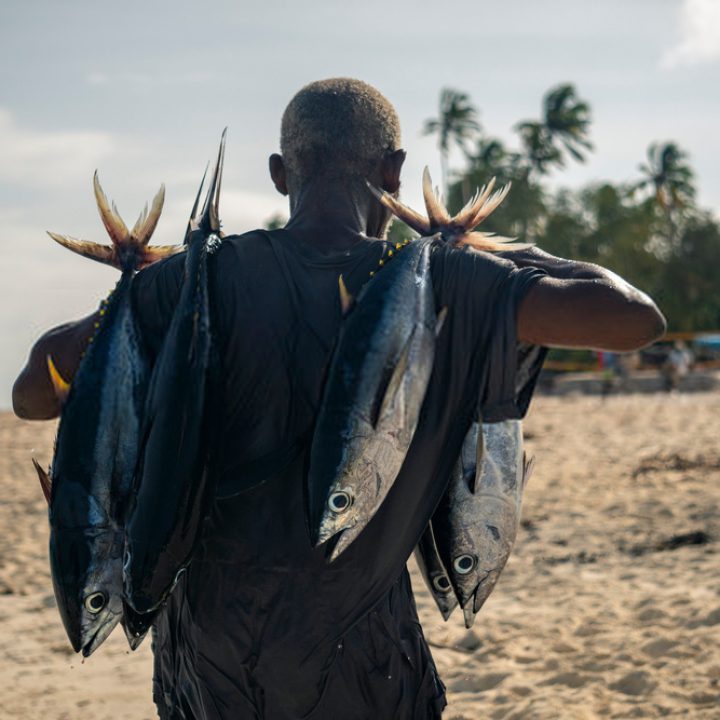 The Ghana Tuna Association (GTA) has reiterated its call for a comprehensive approach to the management of Ghana’s fish stock, as the annual close seasons implemented by the Ministry of Fisheries and Aquaculture cannot last. The sector Ministry in a release dated April 12, 2022, and signed by the minister, Mrs. Mavis Hawa Koomson announced that from July 01 to July 31, 2022, artisanal (canoe) and semi-industrial (inshore) fleets would have their one-month close season, while the sea would be closed to industrial trawlers for two months between July 01, and August 31, 2022. The Ministry added that during the period of the 2022 closed season which was initiated based on scientific evidence and stakeholder consensus, no premix fuel would be allocated to the coastal landing beach committees. But reacting to the release, Mr. Richster Nii Amarh Amarfio, Secretary of the GTA told the Communication for Development and Advocacy Consult (CDA Consult) in Tema on Friday said that even though stakeholders were consulted they still insisted that using the only close season to maintain the country’s fish stock was not enough. Mr. Amarfio suggested that other management tools such as the creation of artificial reefs would help save the country’s fishing industry, as he explained that it was one of the many tools used by marine conservationists. He added that the reefs which could be made from a variety of natural or synthetic materials were aimed at providing a stable growing area and habitat for fishes where they could migrate to lay their eggs and replenish. He said another way was to also reduce the huge number of canoes and trawlers on Ghana’s seas disclosing that it was unacceptable to have over 4,000 canoes chasing the dwindling stock as the fishes on Ghana’s side of the sea were getting finished and if care was not taken the industry would collapse. He explained that the increase in human participation in fishing activities has led to overdependence on the existing fish stock, creating unhealthy competition, where some resort to the use of illegal fishing methods to survive. Fisheries management, he noted, must be treated as a natural resource and not agriculture, therefore urging regulating government bodies to adopt a paradigm shift that would enable them to reconcile science with the cultural knowledge of fishing for the wider fishing community to appreciate and work with. He said it was important for policymakers to find practical ways to effectively manage the humans who engaged in fisheries, as making the fisherman the center of fish management would ensure a sustainable fishing sector. Mr. Amarfio, added that “without making the fisherman the center of fish management, no matter what you do if they are ignorant or mischievous it won’t work,” saying that fisheries management was about human management as the human being must be managed to know that they must not catch juvenile fish or those that were reproducing. He indicated that if the fishermen were properly educated and sensitized to know why they should not catch small fish they would support the various authorities to sustain the fish population in Ghana’s waters instead of going contrary to the laws. The GTA secretary further said taking the fishermen out of the management of the fishing sector had led to Ghana importing 60 percent of her fish consumption. He also called for good environmental practices as the environment had a great impact on aquatic lives. “As you drive around and you see the Korle, Chemu, Sakumo lagoons collapsing it should immediately inform you that our fisheries are in danger. This is because fish would not survive anywhere without water. When you are losing water, then you are losing your fishery.” He stressed that the inability of authorities to plan and manage the country’s natural resources was posing a lot of danger and the fisheries sector was not doing any better. The Secretary of the Ghana Tuna Association also highlighted how the closed season should be approached among other strategic fisheries management methods. He said, questioned why Ghana was not considering doing temporary area closures for some essential habitats which he said would be more efficient, stating for instance that people continue to fish around the estuaries which serve as an entry point for fish that might be migrating into fresh or brackish water and vice versa. Mr. Amarfio again said people were allowed to fish around those places with very small mesh adding that Ghana was also losing its mangroves which serve as a hatchery for crustaceans such as crabs, and prawns who spawn around there. He said the management regime for the various species must vary while calliong on authorities to put in place an ecosystem approach for the sector for suitability of the fish stock.
Be the first to comment!
Leave Your Comment