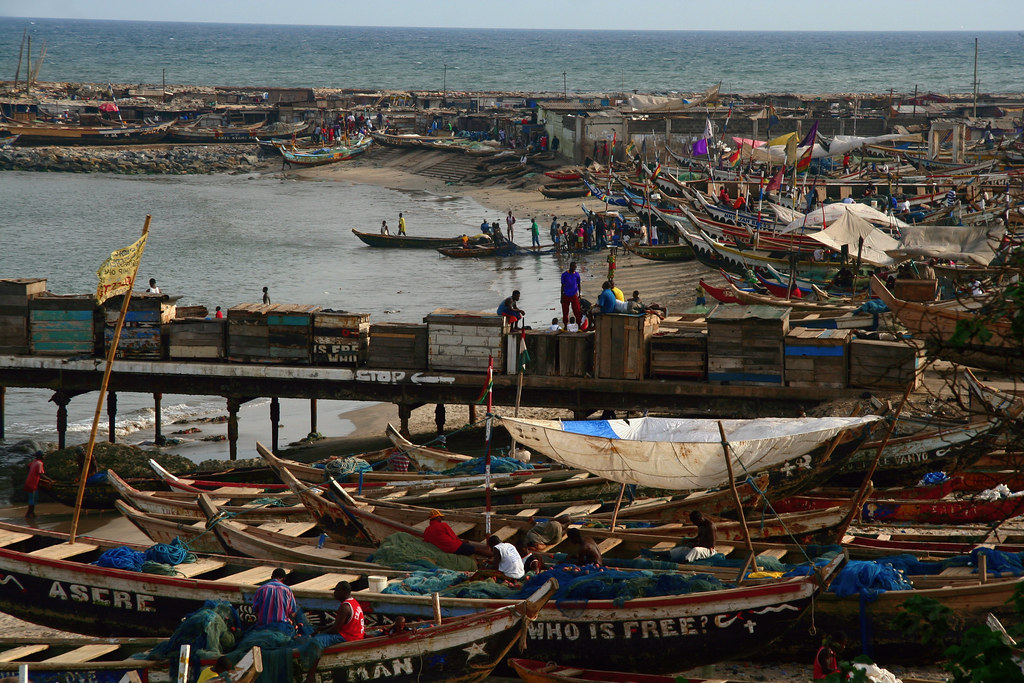 Some canoe fishermen along the coast of Sege and Ada in the Greater Accra Region have registered their displeasure over government's decision to burn canoes and nets of fishermen who practice light fishing on the Ghanaian waters. The fishermen, mostly canoe owners are asking the government to ban all forms of illegal fishing including that of trawlers or they won't stop light fishing. In a press briefing at Akplabanya, a fishing community in the Ada West District, the canoe fishermen numbering about 500 from the Ningo–Prampram, Ada East and Ada West Districts told the media that, there are six fishing practices that the law forbids which includes the use of monofilament nets, pair–trawling, light fishing, chemical fishing, and the use of undersized nets but government focus has been on light fishing only all the time. Mr. Joseph Alimo, Secretary to the canoe fishermen said that, they overheard their Greater Accra Regional Chairman for the canoe fishermen Association, Nene Raymond Abayateye ll, making the pronouncement on a radio station without seeking for their opinions or consent to the matter after meeting the Minister. He noted that, until the Chinese trawlers and other fishing malpractices are stopped from their illegalities on the sea, they are never going to stop light fishing because it is not poisonous and does not have any bad effect on the sea. Some of the canoe owners adding their voice stressed that their only source of livelihood is the light fishing method and are not ready to stop it unless government takes drastic measures on the other forms of illegal fishing.

Ghana battles to get out of EU’s yellow card

The European Commission in June this year issued a warning or yellow card to Ghana, saying that, it risks being identified as a non-cooperating country in the fight against illegal, unreported and unregulated (IUU) fishing. This decision, according to the Commission, is based on “various shortcomings in Ghana’s ability to comply with its duties under international law as flag, port, coastal or market State”. The identified shortcomings to warrant this warning by the European Union include illegal transshipments at sea of large quantities of undersized juvenile pelagic species between industrial trawl vessels and canoes in Ghanaian waters. The Commission also made mention of deficiencies in the monitoring, control and surveillance of the fleet and a legal framework that is not aligned with the relevant international obligations Ghana has signed up to. Also, the sanctions imposed by Ghana to vessels engaging in or supporting IUU fishing activities are not effective and not an adequate deterrent.

Fisheries Minister, Mavis Hawa Koomson, has declared war on illegal fishing activities, assuring, she will deal with illegal, unregulated and unreported fishing practices in Ghana’s territorial waters. She told journalists “We are aware of many illegalities on our waters. We have heard and seen a lot. I assure you; we shall deal with it. Already, government has intimated to us to get more resources in this fight. We shall clamp down on them,”.
Be the first to comment!
Leave Your Comment