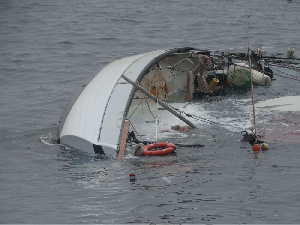 There is a desperate search for an observer who was on board a fishing vessel that sank between the sea waters of Elmina and Takoradi on Saturday, May 7. At the moment, 14 persons who were also on board, including some foreigners, have been rescued. However, 10 more sailors are still being searched for. This information was provided by the Western Regional Director of the Fisheries Commission, Joseph Yeboah. Mr. Joseph Yeboah also confirmed that the captain of the Meghxin 11, a fishing vessel, is feared dead. “The vessel went back to the incident place to search and picked some three more sailors plus the Captain, who was then dead. Nine others were picked up by a canoe and sent to Elmina and later to Tema.” According to report, the crew was hauling a net that had so many fish in it. The crew, it is reported, had some difficulty pulling the net full of fish to the vessel amidst heavy rains coupled with thunderstorms. 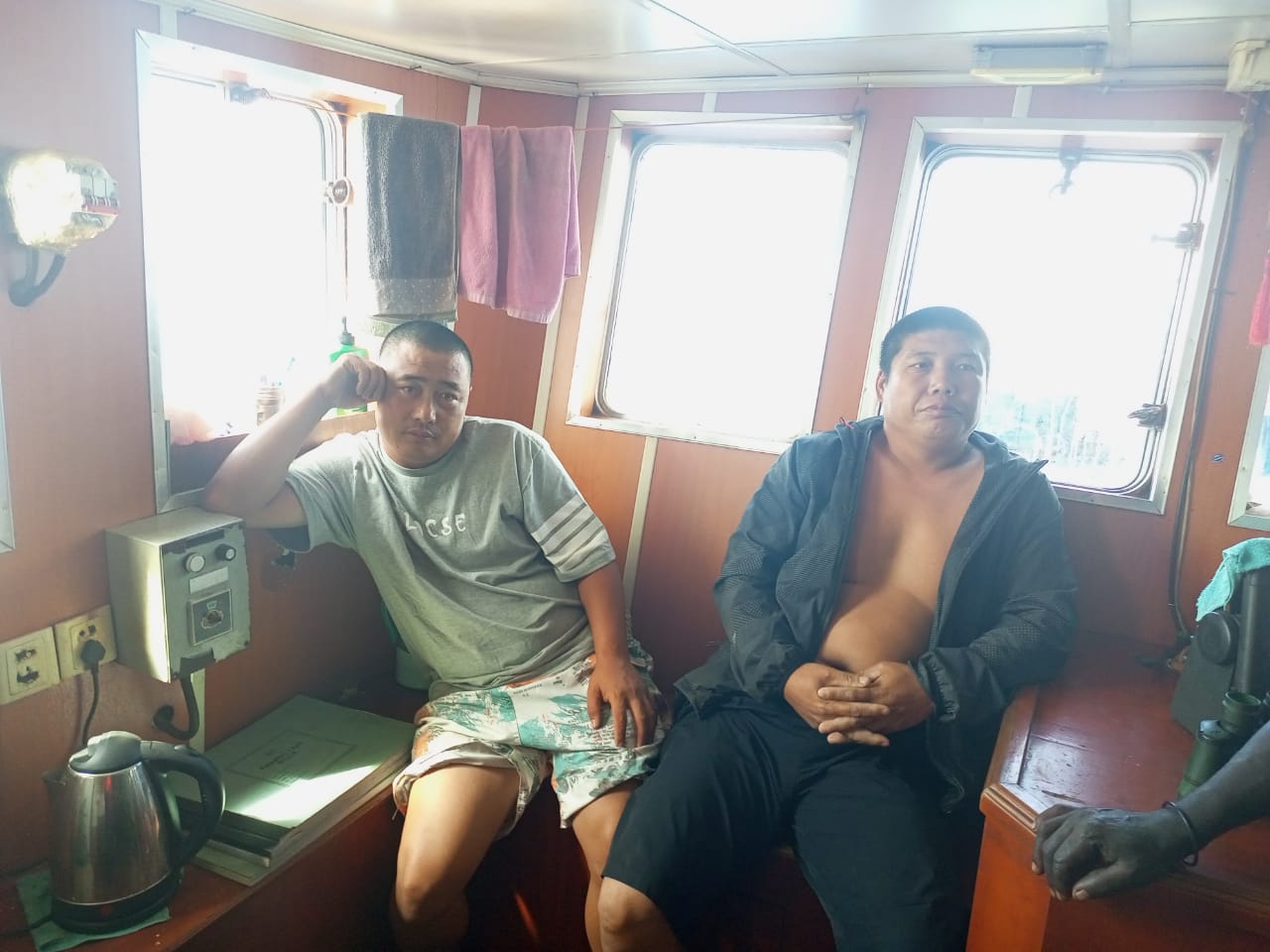 Some of the rescued members in the vessel
According to the survivors, the vessel could not sustain the balance on one side and sunk with all the crew on board. Below is the details Name of vessel FV COMFORTER 2 Last known position 46nm South of Saltpond No of crew 25 Ghanaians 19 Chinese 6 Total number of persons rescued. 16 Ghanaians 12 Chinese 4 Deceased 1 No of crew unaccounted Ghanaians 7 Chinese 1

MV COMFORTER 2 was fishing at South of Saltpond. The fishing vessel had caught a lot of fish in its net and was having challenges in hauling the net. The weight of the fishes in the net had caused the vessel to list. Some sailors tried to prompt the Captain of the situation but he insisted the hauling should continue. The continued hauling caused the vessel to list further and it eventually capsized.

MENG XIN 6, GUO JIN 606 and JIN HAI 600 were involved in the rescue of the survivors but MENG XIN 6 was the one that happen to be in the general vicinity of the incident.

First of all sorry for those innocent sailors on board this vessel. It's really a sad situation that we should all pray that it never happened again. However, we should be content with the little that can get into out mouth and can be swallowed. The greedy fly always follows the corps into the grave. Too much of everything is bad. If the Captain had listened to the common crew they shall all survive and also save the catch now you have lose your life and everything. Where's your IQ?