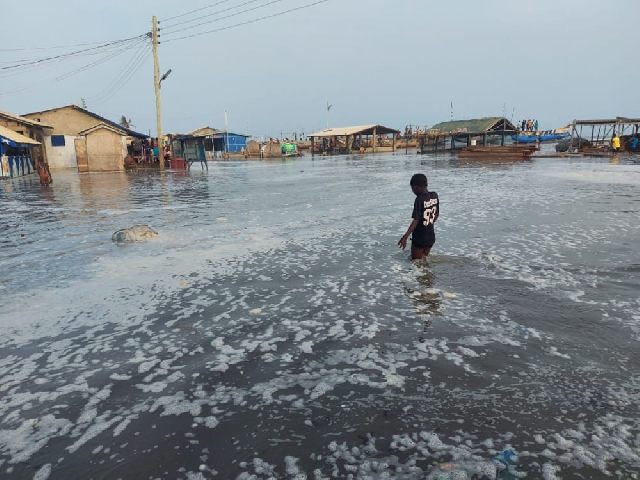 Tidal waves at Ketu
Tidal waves have hit parts of the Volta, Greater Accra and the Central Regions regions just as happened last year. Pictures and videos of homes inundated with seawater in places like Agavedzi in the Ketu South Municipality of the Volta Region as well as Aklabanya in the Ada West District of the Greater Accra Region have started circulating on social media in relation to the latest disaster. Scores of people have been displaced by the waves. Some of the local residents could be seen walking through the seawater that flooded their homes and villages. Just about four months ago, a similar disaster displaced thousands of residents in the Keta Municipality.

Tidal waves hit residents of KEEA
“For the past few days, the residents of Brenu Akyinim that live closer to the sea have never slept. This is because there has been a greater and maximum increase of the tidal waves,” he said.
Be the first to comment!
Leave Your Comment