All is set for Green Ghana tomorrow, Mahama, Akufo Addo and other dignitaries to take part 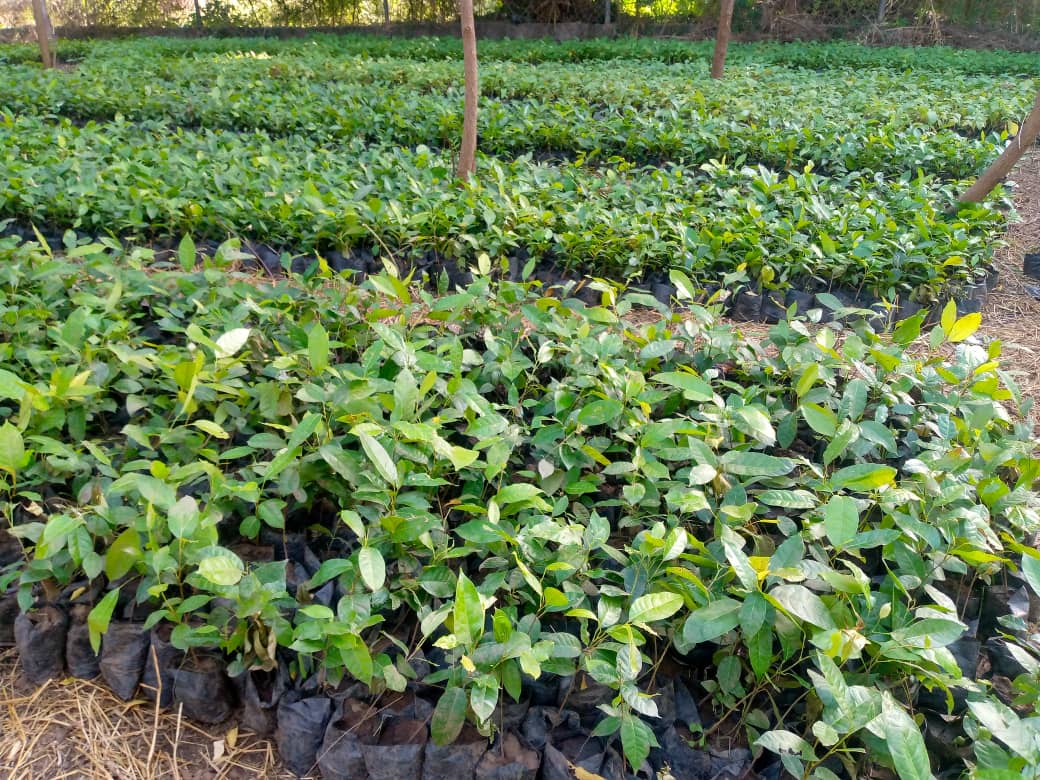 Some of the seedlings ready to be planted tomorrow
The Minister of Lands and Natural Resources, Samuel A. Jinapor, has charged Ghanaians to consider the Green Ghana Project, slated for June 10, 2022 as a National agenda and not a partisan one. In this regard, he has applauded the Ex-President John Dramani Mahama for consenting to plant with government and the Ministry come Friday, June 10. The Minister stressed that "we have a serious crisis on our hands and we must come together to make this work. The point where we are required that we stop global warming, or else within a short time we will soon live in an unsustainable globe and this will impact negatively on our agriculture and everything that the weather affects". The Minister made this hearty appeal when he appeared in Parliament while speaking on Green Ghana and other matters regarding the planting exercise and how it affects the environment. In his submission, the Minister expounded on the two-pronged approach adopted by government to achieve this agenda while encouraging all and sundry to focus more on the growth of the plant and not just the plating. "the biggest scheme does not have to do with the planting itself but the survival rate and so we should not only plant that we also have to focus the nurturing and growth of the trees we plant. He continued that with a good number of lessons learnt from last year experience, better strategies have been put in place to achieve the ambitious target of 20 million tree seedlings. The Sector Minister said all 20 million seedlings are ready to be planted while disclosing some of the pickup points for the seedlings and gave out contacts people can call to know where to go for their seedlings. "You can pick up your seedlings from the various offices of the Forestry Commission, District Assemblies, Malls, and on the streets and the numbers to call are 0244643780, 0249227796 and 0208290797.” He also mentioned some of the seedlings available for planting saying, “we have coconut, mango, Avocado/Pear, tangerine, orange and ornamental plants just to mention a few". The Minister also made a clarion call, notifying that the ministry has been working around the clock to make all logistics available and the only thing needed now is for Ghanaians and residents of Ghana to come out and plant. We cannot do this without you," he pleaded. He noted that the President will start the trend of planting at the Efua Sutherland Children's Park and others will follow, naming Vice President Dr Bawumia, Ex-president Kuffor, Ex-President John Mahama, The Clergy, traditional leaders, the Chief Imam among other key personalities. The Minister further stated that as the Minister of Lands and Natural Resources he will be planting with the British High Commission and British citizens of the Achimota Forest and by this he reiterated and stressed that "we are fully committed to protecting the Achimota Forest." "The thing about Achimota forest is that we have invested so much in the forest and we can’t afford to lose all that and, therefore, we willing to restore all that with your help," he added.

20 million trees not over ambitious

Meanwhile, the Deputy Minister for Lands and Forestry, Benito Owusu-Bio who is also the Chairman of the 2022 Green Ghana Planning Committee has indicated that government's aggressive afforestation drive of planting 20 million trees on June 10, 2022 is not an over ambitious target and the initial projections indicate, it is feasible and doable. Mr Owusu-Bio indicated that the 20 million target was not an over ambitious project but rather feasible, judging from the success of the 2021 edition and the pre-preparations so far. The Deputy Lands Minister said government through the Ministry of Lands, Forestry Commission and the National Alternative Employment Livelihood Program (NAELP) have obtained over 20 Million seedlings for planting. He said this year, 10 million tree seedlings will be planted in forest reserves and compartment areas across Ghana whereas additional 10 million tree seedlings will be planted in towns, villages and cities. Mr Owusu-Bio said the seedlings that will be planted in the forest reserves will be by corporate bodies as part of their Corporate Social Responsibility (CSR) which will also help in efforts to combat climate change. The Deputy Minister also mentioned One-Student, One-Tree initiative which was launched in Cape Coast, the initiative is to encourage the student to learn how to "nurture the tree seedlings as their babies". Speaking on issues relating to the indiscriminate cutting down of trees in towns and cities, the Deputy Minister said an aspect of the tree planting exercise is to encourage citizens especially the youth to be environmentally conscious. He also added that the Ministry is working collaboratively with local government and district assemblies to protect the trees.

Responding to the question on planting at illegal mining sites, he explained that the introduction of the Gold Kacha machine will reduce the use of mercury as well as aiding miners to mine responsibly. He disclosed the small-scale miners association intentions of planting trees on the said date to help recover forest reserves. He called on all Ghanaians to support the Ministry to make this year’s Green Ghana Day a resounding success.

In Ashanti Region, Elisha Adarkwa is reporting that, the Ashanti regional Forestry Commission has targeted to plant 4 million trees in the region this year. The figure is the region's share of the 20 million trees the government has planned to plant nationwide at the end of 2022 as part of the "Green Ghana Project" The Regional Manager, Mr. Augustine Kofi Gyedu who addressed a press conference today said over 2 million of the trees will be planted in the forest reserves while the rest will be planted in the off-reserves. Mr. Gyedu indicated that about 80 percent of the 1.5 million trees which were planted last year in the region survived. He, therefore, encouraged the public to get involve in tree planting exercise to make the "Green Ghana Project" a success.

In the Savannah Region, Abdul Rauf Zion is reporting that, the Regional Minister, Saeed Jibril Muhazu has given the indication that over 1.8m seedlings are set to be planted across the Region. He said the Green Ghana initiative is something the Savannah Region is embracing with all seriousness since the initiative stands to benefit the region to replace the lost vegetation it suffered in the areas of commercial charcoal burning and illegal logging.
Regional Minister, Saeed Jibril Muhazu
He said the Minister in charge of Lands and Natural Resources hails from the Savannah Region which he must be supported to succeed by making the region taken the lead in more tree planting. He said the region will do 100 times of the tree planting than what was done in 2021 which will not end on the 10th of June 2022 but will be a continued initiative in the region. The Minister has therefore directed the various MMDCEs to make sure all the 1.8M seedlings given to the region are planted, with every student in the various schools planting a tree and taking care of it in his/her stay in the school. He said logging is still banned in the Savannah Region and used the opportunity to appeal to the people of the Savannah region to come out in their numbers to help plant trees. He also thanked the President and the Ministry of Lands and Natural Resources for the initiative since that will help restore what has been lost. Meanwhile the MCE for the West Gonja Municipality Karim Musah Kusbari has disclosed that the municipality is targeting to plant 120000 of the seedlings in commemorating the day.
Be the first to comment!
Leave Your Comment