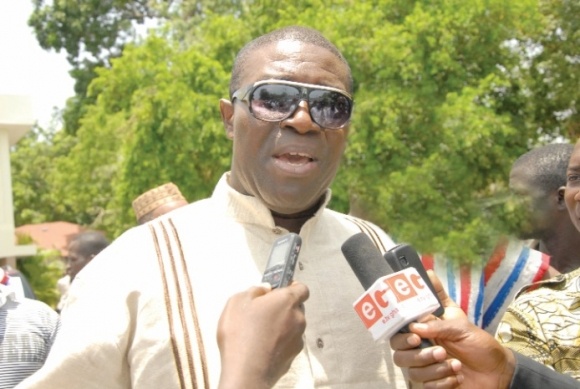 Nana Akomea
A leading member of the ruling New Patriotic Party (NPP), Nana Akomea, has kicked against decision by government to declassify the Achimota forest, urging government to leave the forest alone. The Managing Director of the State Transport Corporation (STC) who was speaking to Kwami Sefa Kayi on Peace FM's morning show 'Kokrokoo' said government should come out with a policy to protect it since it's the only forest reserve in Accra. "Achimota forest is the only forest reserve . . . now it seems we've given majority of the land to the owners; I think about 300 acres. I don't know whether it's too late to reverse it . . . but if it can't be reversed, the rest of the land (should be preserved) . . . there should be a policy that under no circumstance should it be used for any other thing; not even for eco-tourism because that is the only forest reserve we have at the moment," he urged. Reports about the sale of Achimota Forest recently dominated the media as some documents popped up showing the Achimota Forest has been sold. It became more apparent that the forest was sold when an Executive Instrument (E.I) 144 purportedly appended by the Lands and Natural Resources Minister, Samuel Abu Jinapor, stated that "effective May 1, 2022, the land on which the Forest is located shall cease to be a forest reserve". “An Executive Instrument (E.I.) 144 gazetted on behalf of President Akufo-Addo by the Lands Minister Samuel Abdulai Jinapor indicates that effective May 1, 2022, the land on which the Forest is located shall cease to be a forest reserve.” “The President’s action was in accordance with Section 19 of the Forest Act, 1927 (CAP. 157) which gives him the authority to declare that particular land is no longer required as a forest reserve,” parts of the E.I further said. Also a recent leak of a Will by the former Chief Executive of the Forestry Commission, the late Kwadwo Owusu Afriyie, popularly called Sir John, sought to give credence to the news that the Achimota Forest is sold. A media report suggested that Sir John, in his Will, named his children and some individuals related to him as the ones the lands should be given to forever. According to Nana Akomea however, Accra continue to have increasing number of vehicles and being mostly fossil-fuel powered, these vehicles continuously emit polluting fumes into the urban air. He said the fumes that the many cars in the capital city emit on daily basis are not good for the health of the people and it is only the Achimota forest that has been saving the lives of the people by cleaning the polluted air. “The trees do an amazing job of absorbing huge quantities of pollutants from the air and in return contribute huge quantities of precious oxygen. They help clean up the urban air we pollute on daily basis. Without this important role that the trees play, our urban air may have become unsafe to breathe by now.”, he added.

Nobody should touch the Achimota forest

Centre for Environment and Rural Development

The Achimota forest needs to be protected i support the panelists Mr.Nana Akomeah and Kwesi Pratt for us to protect the forest because the forest is the only forest in the greater Accra region which serves as carbon sink.