Okyenhene on Atewa bauxite: "We don’t need to mine everything we’ve seen"

Okyenhene, Osagyefuo Amoatia Ofori Panin
The Okyenhene, Osagyefuo Amoatia Ofori Panin, has called for the need to minimise mining and build an appetite for domestic tourism, which will develop the country. “I think we need to minimise the country’s love for mining because mining has not done too well for us here in Ghana, so we need to minimise that and grow our potential market for tourism. Speaking in relation to the mining of bauxite in the Atewa Forest, the Okyenhene said, “I have made a statement that we should stop mining altogether in this country or, if we can, for about three/four years and [leave] it all there for future generations. We don’t need to mine everything we’ve seen. 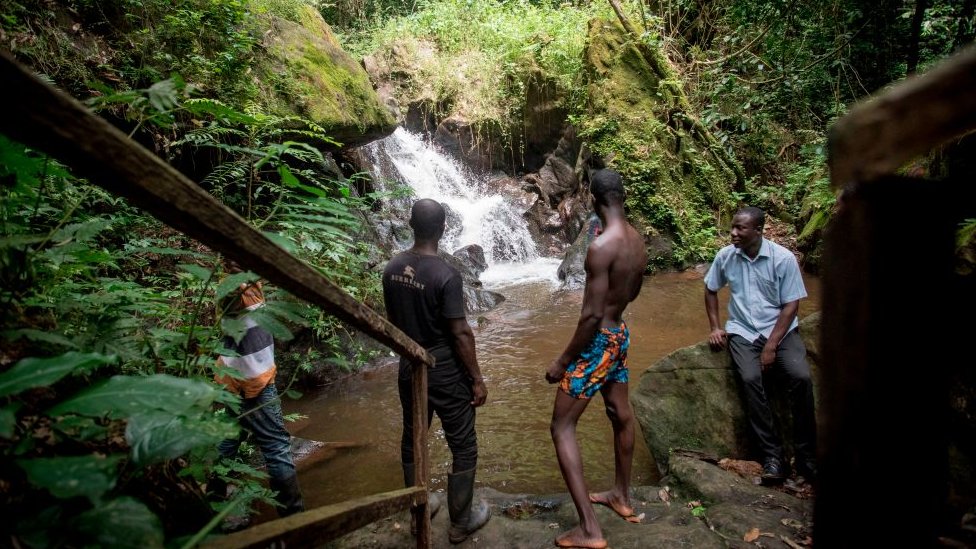 Water flowing through the Atewa forest
Speaking with Nana Yaa Mensah on Sunday Night on Asaase Radio, the Okyenhene also bemoaned the lingering occurrence of galamsey in Ghana. He said there is a need to eradicate illegal small-scale mining activities, also known as galamsey, to safeguard the environment for future generations. Osagyefuo Amoatia Ofori Panin was reacting to how some people continue to refer to the Kyebi area as being the headquarters of galamsey activities.

In 2014, President John Mahama described Kyebi and its surrounding areas as the headquarters of galamsey, but then had to retract and apologise. Speaking with Nana Yaa Mensah on Sunday Night on Asaase Radio, the Okyenhene said: “The point is, Article 257(6) [of the 1992 constitution] places all the natural resources in their [the central government’s] hands for protection for future generations. “They need to protect them. We [the chiefs] do not have coercive force. I tried to use my people to drive them away and we were facing danger every day, and people didn’t know. “At one time in my relationship with the then chief of defence staff, I begged him. I said it [galamsey] was getting out of hand and we should probably organise some of the military people to come here [to Kyebi]. They did, and within a week the whole thing had been shut down. “A week later they [the politicians] called them [the military] and said: ‘Don’t you know it’s an election year?’” He continued, “So I’ve shed tears of anger and frustration where I sit, about this, and to the point that somebody will even say that I was engaged in galamsey! “My answer to them is, I own all the lands. If I want to do galamsey, why would I want to go and steal it? I would go to the Minerals Commission and say, ‘I’m going to my land – just give me the licence.’ “So the pain I shed was people not speaking the truth, lying about it all over.” However, the Okyenhene commended the president for his courage in tackling illegal mining in Ghana. He said, “The point now is, Nana Addo Dankwa Akufo-Addo had the courage to speak to it and diminish the issues of galamsey in this country. He may have lost some votes, but you know what? It’s more protective of voters than votes.” According to him, the war on galamsey has had an impact. “Yes, it has, I know that for sure,” he said. “The Birim River now stays clear around here. So I know that it has some positive impact.”
Be the first to comment!
Leave Your Comment