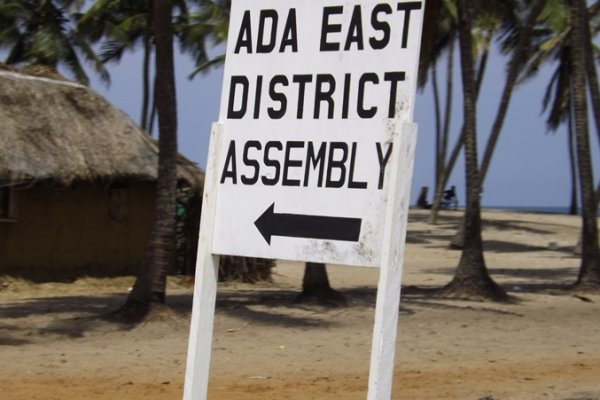 Ms. Sarah Dugbakie Pobee, Ada-East District Chief Executive has disclosed that a total of 22 out of 48 Open Defecation Prone communities in the District have been declared Open Defecation Free (ODF). According to her, Open Defecation Free' (ODF) is a term used to describe communities that have shifted to using toilets instead of open defecation. This can happen, for example, after community-led total sanitation programs have been implemented. Sixteen more communities were awaiting certification to reach the status of ODF, under a project being undertaken by the District Assembly to eradicate open defection and promote good sanitation and environmental health. Ms. Pobee stated at a community durbar organized by the Assembly to interact with the residents as part of deepening community engagement and grassroots participation in local governance and monitored by the Communication for Development and Advocacy Consult (CDA Consult) in Ada on Tuesday. She said open defecation can pollute the environment and cause health problems and diseases. High levels of open defecation are linked to high child mortality, poor nutrition, poverty, and large disparities between rich and poor. Ada-East DCE, therefore, charged those who have been cleared not to go back to open defecation while challenging those who are yet to go through the certification to work hard towards eliminating the practice. Ms Pobee also noted that the adverse health effects of OD are many: acute effects include infectious intestinal diseases, including diarrheal diseases which are exacerbated by poor water supplies, sanitation and hygiene; adverse pregnancy outcomes; and life-threatening violence against women and girls. The Communities that have been declared Open Defecation Free are: Angorsikope, Faithkope, Manaikpo one and two, Adedetsrkope, Gbanave Wayo, Balekope, Tailapem, Dorngwam one and two among others. Those that needed a little bit of push to get the ODF status included, Gbenave Ngua, Kakitsekope, Kopehem, Kunyenya one and two, Narkope, Bedeku Kpornya one and two among others. Mr. Frank Abima, District Environmental and Health Officer on his part outlined the requirements for the declaration for ODF status as the community attainment of ODF basic status which is the provision of an adequate number of household toilets. The District Environmental and Health Officer added that the declared communities conducted self-monitoring and assessment towards achieving the status, practice handwashing with soap, and enforced regulations to adhere to practices leading to curtailing Open Defecation. Mr. Abima called on the residents to yearn towards eradicating open defecation in the district.
Be the first to comment!
Leave Your Comment