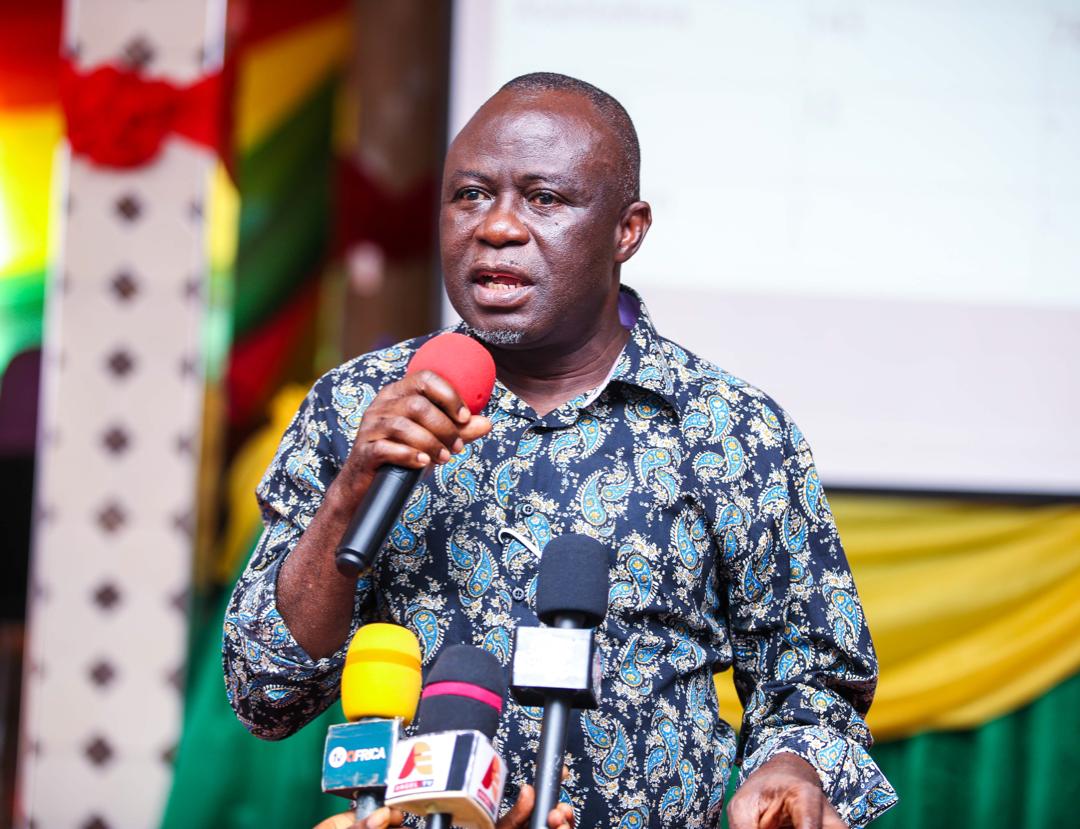 Yaw Frimpong Addo
The Deputy Minister of Food and Agriculture, Yaw Frimpong Addo, has stated that it was not true that there was food crisis in the country. He said there was a clear distinction between food availability and pricing, stressing that Ghanaians were misconstruing the high prices of some foodstuff to mean food shortage. Mr. Addo made the statement while addressing the media on Wednesday, June 15, 2022, in Techiman, Bono East Region as part of the Ministry of Food and Agriculture (MoFA) six-day tour of five regions across the country. He explained that his outfit's tour was informed by statements, especially in Accra and some big cities, that there was food shortage in the country. "Around this time of the year, food prices are high, but fortunately for Ghana since 2016 till now, there has been high stock of maize," he noted. According to him, about 270, 000 metric tonnes of maize was available in about ten (10) satellite markets in the Bono East Region. However, Mr. Addo sympathised with farmers on the practice where buyers decide to shortchange them by giving them any price for their produce. "So it is totally false for people to sit somewhere and say that there is maize or food shortage in Ghana," he stressed. He gave a firm assurance that the current government will do everything humanly possible to prevent hunger in the country. What is more, the deputy Minister used the chance to debunk satements in certain quarters that the Planting for Food and Jobs (PFJ) programme of the Akufo-Addo administration has failed. "In 2016, we use to see trucks loaded with sacks of maize from Niger come to Ghana because at the time we were experiencing shortage. But ever since we started the Planting for Food and Jobs initiative in 2017 till now, records available at the Techiman maize market indicate that these same trucks from Niger come to buy maize and other foodstuffs from the Techiman market to Niger," he indicated. This, he said, was very significant, "because we are now producing far in excess to sell to other African countries." Consequently, Mr. Addo admonished politicians to help reduce the political temperature in the country. "If we don't have a very good political temperature in this country to allow farmers the space and peace of mind to go about their businesses, it will affect us all," he cautioned. He was however, optimistic that when farmers begin to harvest the new maize, prices of maize will naturally reduce to the benefit of Ghanaians. The deputy Minister also visited cashew and cabbage farmers at Bonya. According to the farmers of these crops, it was increasingly becoming difficult for them to find market for their produce. One of such farmers was Joshua Yaw Damashie, who lamented that he use to cultivate cabbage on a large scale "because I had buyers from Accra but due to transport issues there's reduction in my cabbage cultivation." He appealed to the government to continue subsidising the prices of fertilisers. The deputy Minister and his team will wrap up their tour with visits to Ashanti and Eastern Regions.