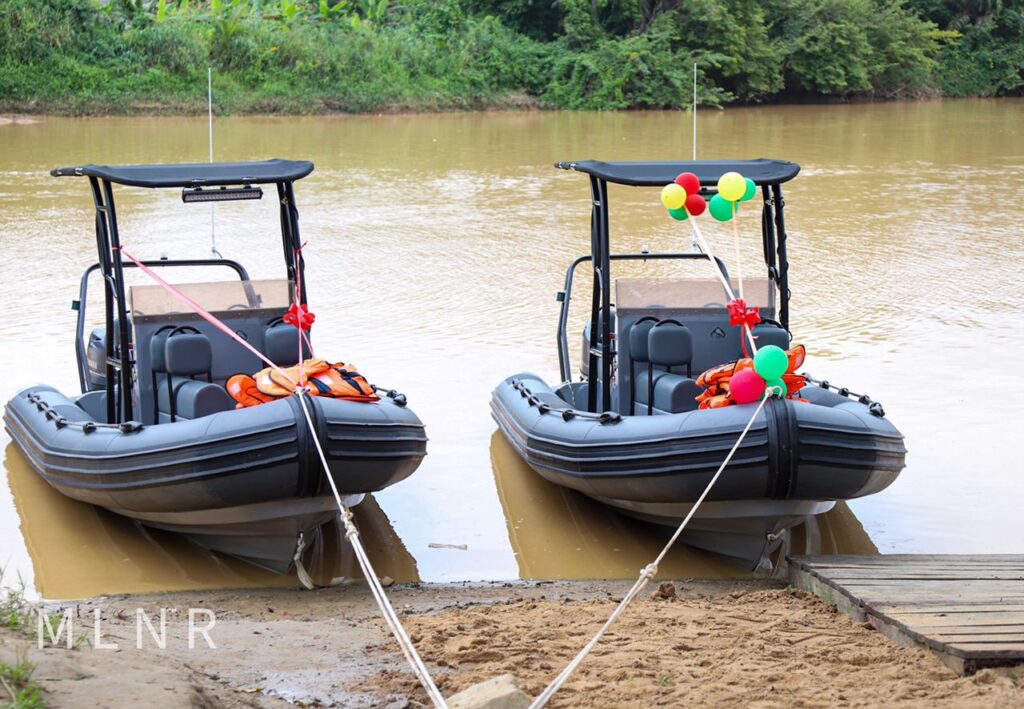 The Ministry of Lands and Natural Resources and the Minerals Commission has procured five (5) speed boats to help in the fight against illegal mining on water bodies. The six-point-five meters (6.5m) Rigid-Hulled Inflatable Boats (RHIB) will be deployed on Rivers Ankobrah, Prah, Birim, and the Black Volta to rid these water bodies of any form of mining. This came to light when the sector Minister, Samuel A. Jinapor, MP, commissioned these boats at Beposo in the Western Region. The procurement of these speed boats is part of measures being adopted by the Government to find a lasting solution to illegal mining and the pollution of water bodies. Speaking at the commissioning on Tuesday, July 26, the Minister said the boats will be operated by the security services of the country, and River Guards to be recruited by the Minerals Commission. He said water bodies remain Red Zones for mining, and Operation Halt II will continue to support the other security services and the River Guards to protect these water bodies. 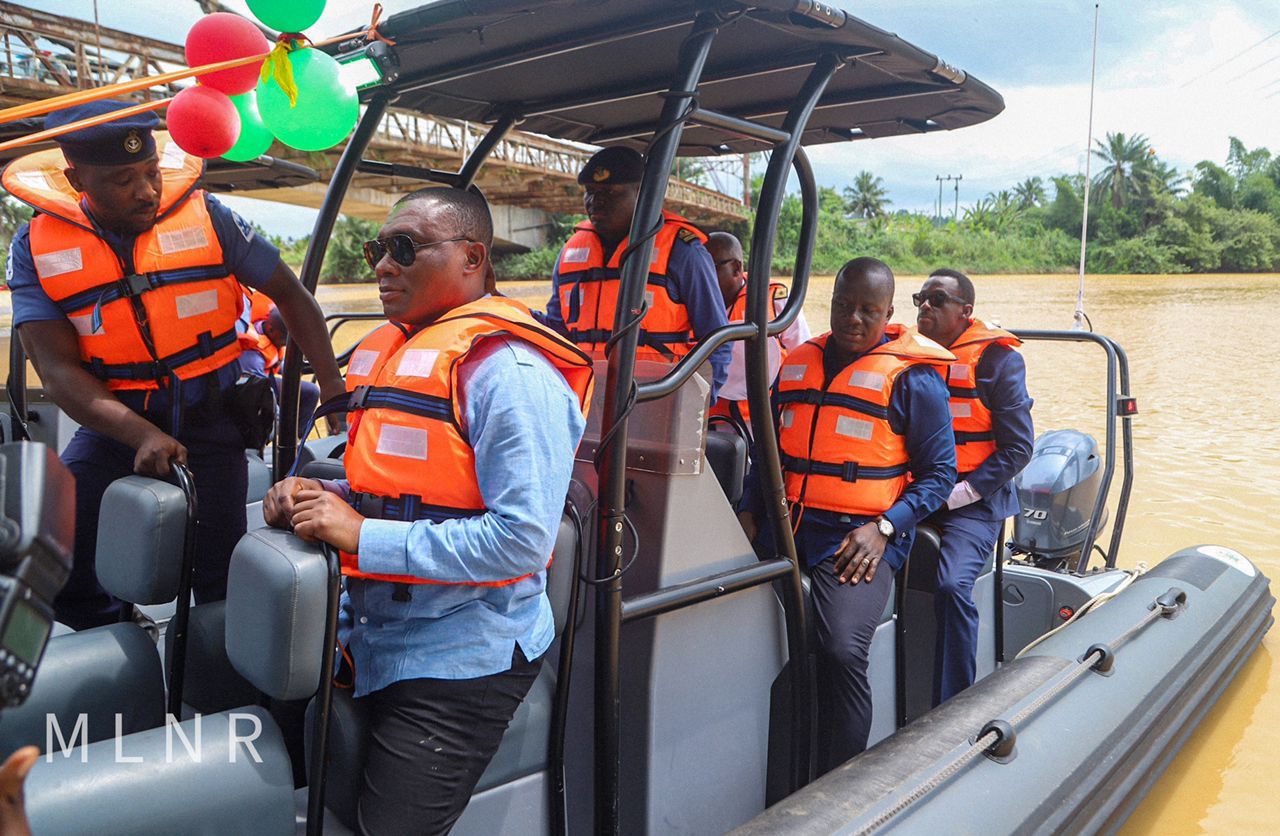 Mr. Jinapor said Government was not against small-scale mining, but committed to promoting an orderly, viable, sustainable, and environmentally-sound small scale mining industry that is anchored on integrity. He mentioned some of the measures being taken to promote environmentally-sound small scale mining as the introduction of the mercury-free Gold Katcha and the revamping of the Community Mining Schemes. “The Government of President Akufo-Addo is not against small-scale mining. What we are against, is any form of mining that pays no regard to the environment, that is done contrary to law and the established protocols, that threatens the lives and livelihoods of millions of our citizens, and we will not hesitate in cracking the whip on those who engage in such illegalities,” the Minister said. He called on all Ghanaians, and particularly communities along the river bodies to be vigilant, and support the fight against illegal mining, by reporting those involves in these activities. Earlier, the Minister commissioned a weighbridge in Apemanim in the Ahanta West Municipality of the Western Region. The weighbridge is to help determine the actual volumes of minerals transported from the mines to the port. Speaking at the event, Mr. Jinapor noted that a weak monitoring system in the haulage of minerals, particularly bauxite and manganese, is causing huge losses to the State, through overloading and inaccurate recording of figures. 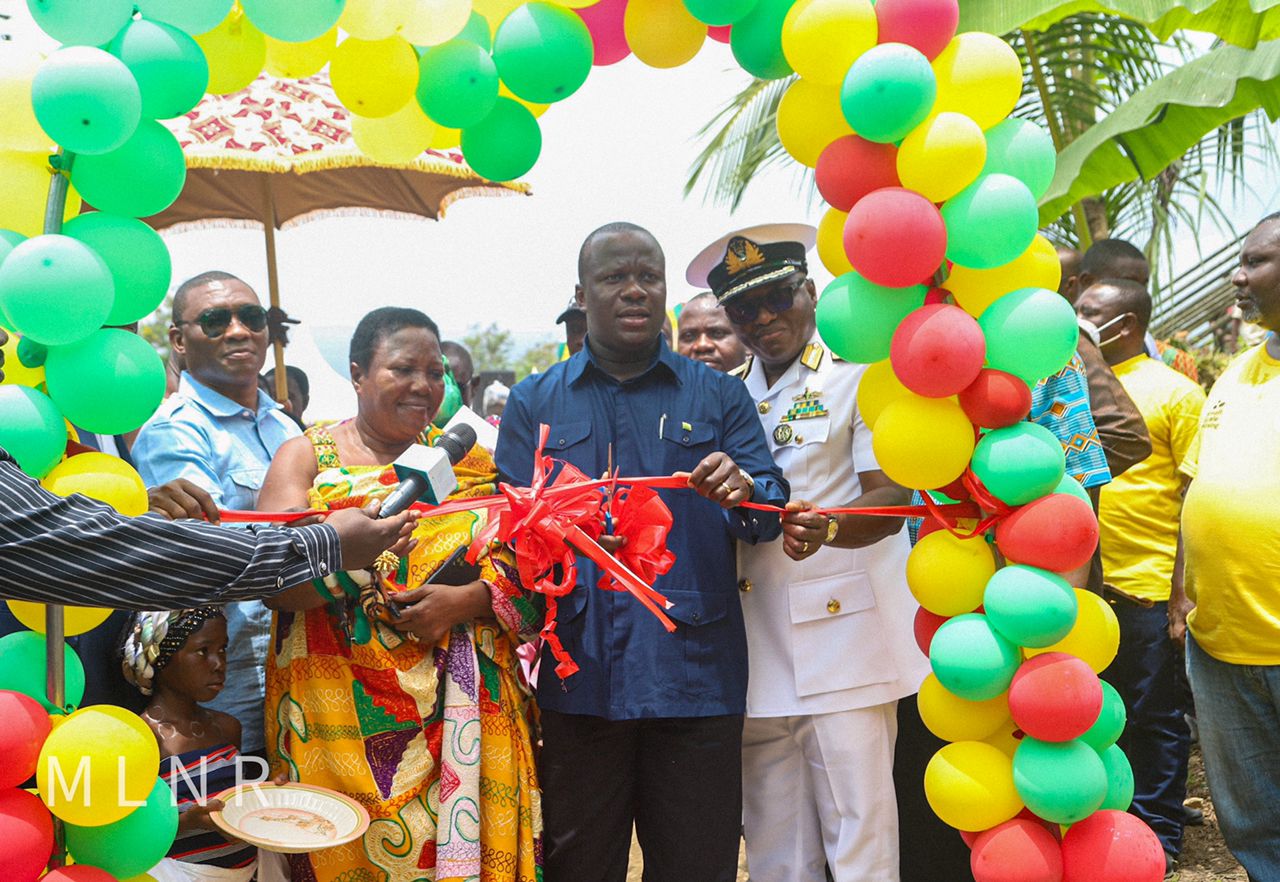 He said Government has constructed bridges at the mine sites of Ghana Manganese Company and Ghana Bauxite Company, and two additional bridges at Apemanim and Awaso, to track and confirm the actual volumes of manganese and bauxite transported from the mines to the Takoradi Port. This, he noted, will help the State get what is due it from the resources. Mr. Jinapor said Government’s medium to long-term agenda, is to add value to these minerals and build integrated aluminum and iron, and steel industries here in Ghana. But while Government is working towards this ambitious goal, it was important to ensure that we get value from the minerals we produce, and hence the weighbridge. He said the weighbridge will also prevent overloading, which causes rapid deterioration of the roads within the haulage corridor. He pledged the Government’s commitment to ensure the proper management and utilization of the mineral resources of the country for the benefit of the Ghanaian people.
Be the first to comment!
Leave Your Comment