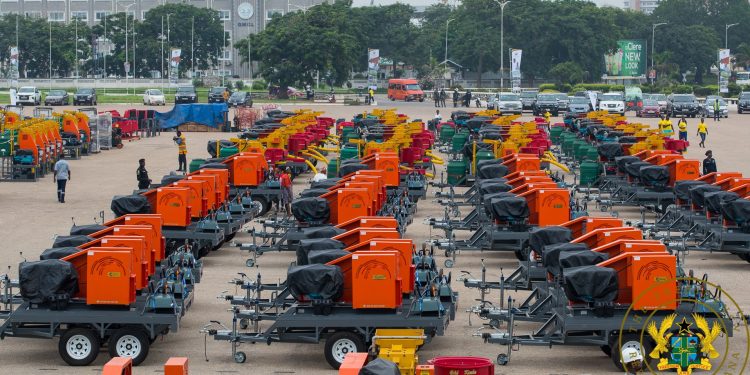 The Gold Katcha equipment
President Nana Addo Dankwa Akufo-Addo, has commissioned one hundred (100) mercury-free gold processing equipment, commonly referred to as “Gold Katcha”, for use by small-scale miners across the country. Commissioning the equipment at the Independence Square on Monday, 6th June 2022, President Akufo-Addo described the acquisition of the gold processing equipment as “another important milestone in small scale mining and environmental sustainability”. The one hundred (100) Gold Katcha equipment, as the name suggests, extracts gold from the ore without the use of mercury, which has been the practice for several decades. According to the President, the equipment “has the capacity to recover over ninety per cent (90%) of gold from the ore, and, therefore, give small scale miners much more gold than they would have obtained from the traditional method of using mercury.” In addition to Ghana’s commitments under the Minamata Convention on Mercury, which is to reduce, and, where feasible, eliminate the use of mercury in artisanal and small-scale mining, he added that “we owe it as a duty to protect and safeguard our environment by reducing and, eventually, eliminating the use of such harmful chemicals.” President Akufo-Addo indicated that some of the equipment he commissioned has already been handed over to some Community Mining Schemes and the Ghana National Association of Small-Scale Miners and was confident that they will go a long way to facilitate clean mining in the small-scale sector. “It is our intention to procure some three hundred (300) more of this equipment, under the National Alternative Employment and Livelihood Programme, for use in the various communities where the Programme is being implemented. Our goal is to eliminate gradually, but as soon as possible, the use of mercury in small-scale mining and help realize the objectives of the Minamata Convention on Mercury,” he added. Reiterating the full support of his government for responsible small-scale mining activities, especially as they provide avenues for Ghanaians to participate in the mining industry and contribute substantially to the development of our gold sector, President Akufo-Addo stated, however, that “what my government is against is any form of mining that pays no heed to the preservation of the environment, and which threatens our very survival and the legacy we seek to bequeath future generations.” Government, he assured, will continue to pursue policies and programs that will promote responsible and sustainable mining practices that contribute to national development. 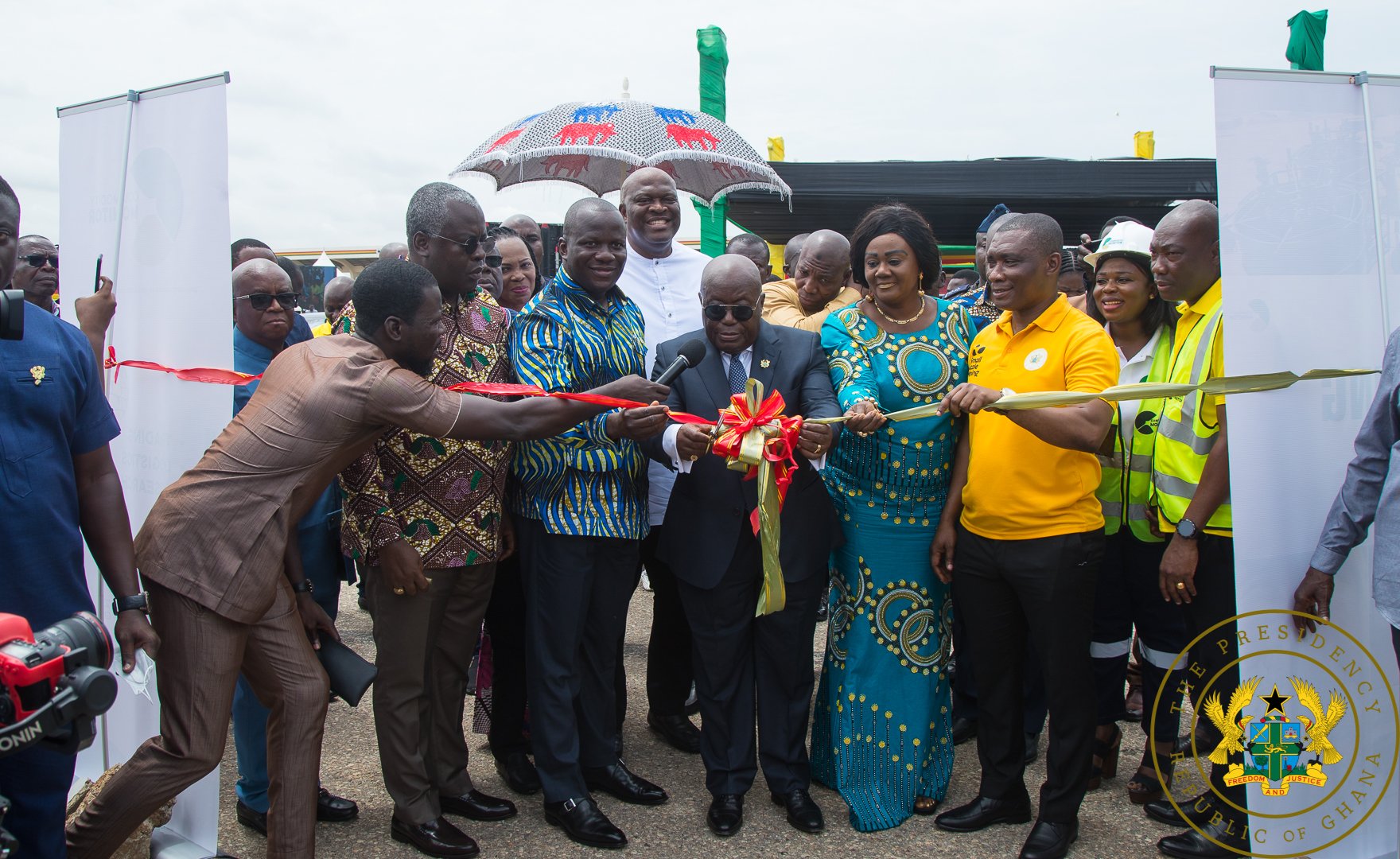 President Akufo Addo cutting the tape to commission the gold katcha equipment
“It is my hope, and, indeed, that of most Ghanaians, that beneficiaries of this equipment will put them to good use for their own benefit and for the benefit of the country,” he added.

On his part, Lands and Natural Resources Minister Samuel Abu Jinapor called on all small-scale miners in Ghana to stop using mercury in their mining activities. According to the minister, the use of mercury does not only destroy the environment but has serious consequences on the health of people living in mining communities including mental and physical disability in children. “Many small-scale miners rely on mercury to extract gold from the ore. The practice however has serious environmental impact on communities in which they are used. Apart from contaminating water bodies and destroying aquatic lives, exposure to mercury by inhalation can damage the nervous and digestive system,” he said. He added that his ministry will ensure that every small-scale miner in the country has access to these technologies as part of efforts to make mining safe in Ghana.
Be the first to comment!
Leave Your Comment