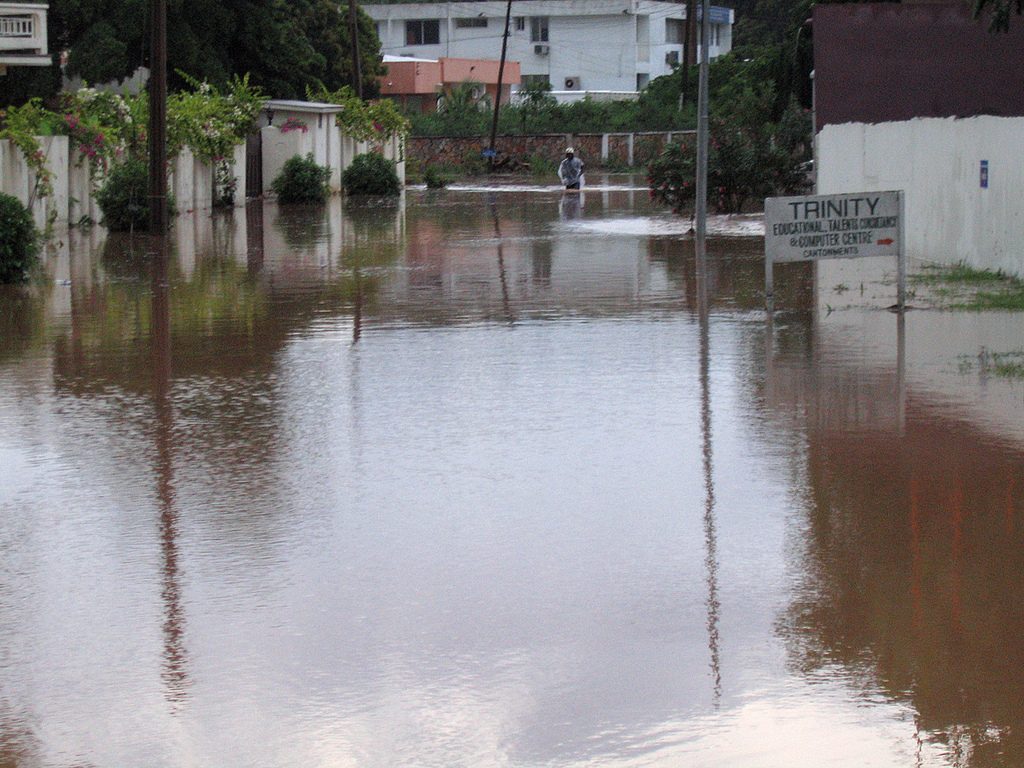 File photo
Chiefs living around the Songor Lagoon in the Ada West District have blamed the operations of Electrochem Ghana for the recent floods that ravaged the communities. The affected communities including Salom, Toflokpo, Madagbe, Matsekope, and Bornikope were flooded after a downpour last few weeks. Electrochem is a subsidiary of McDan group of companies which is into salt production. Speaking in an interview with Rebecca Lartey, the Chief of Salom Nene Dadebom Anim said, it was the first time hundreds of people had been displaced with several properties destroyed including personal effects. He accused officials of Electrochem for blocking the waterways making it impossible for the water to flow out of the communities when it rains. He alleged that, it is a deliberate plan to displace the communities around the songhor as stated in Macdan's business plan. According to him, the concession given to Macdan is causing more harm than good to the communities around the songhor and therefore called on the Minerals commission and EPA to urgently look into the matter.
Be the first to comment!
Leave Your Comment