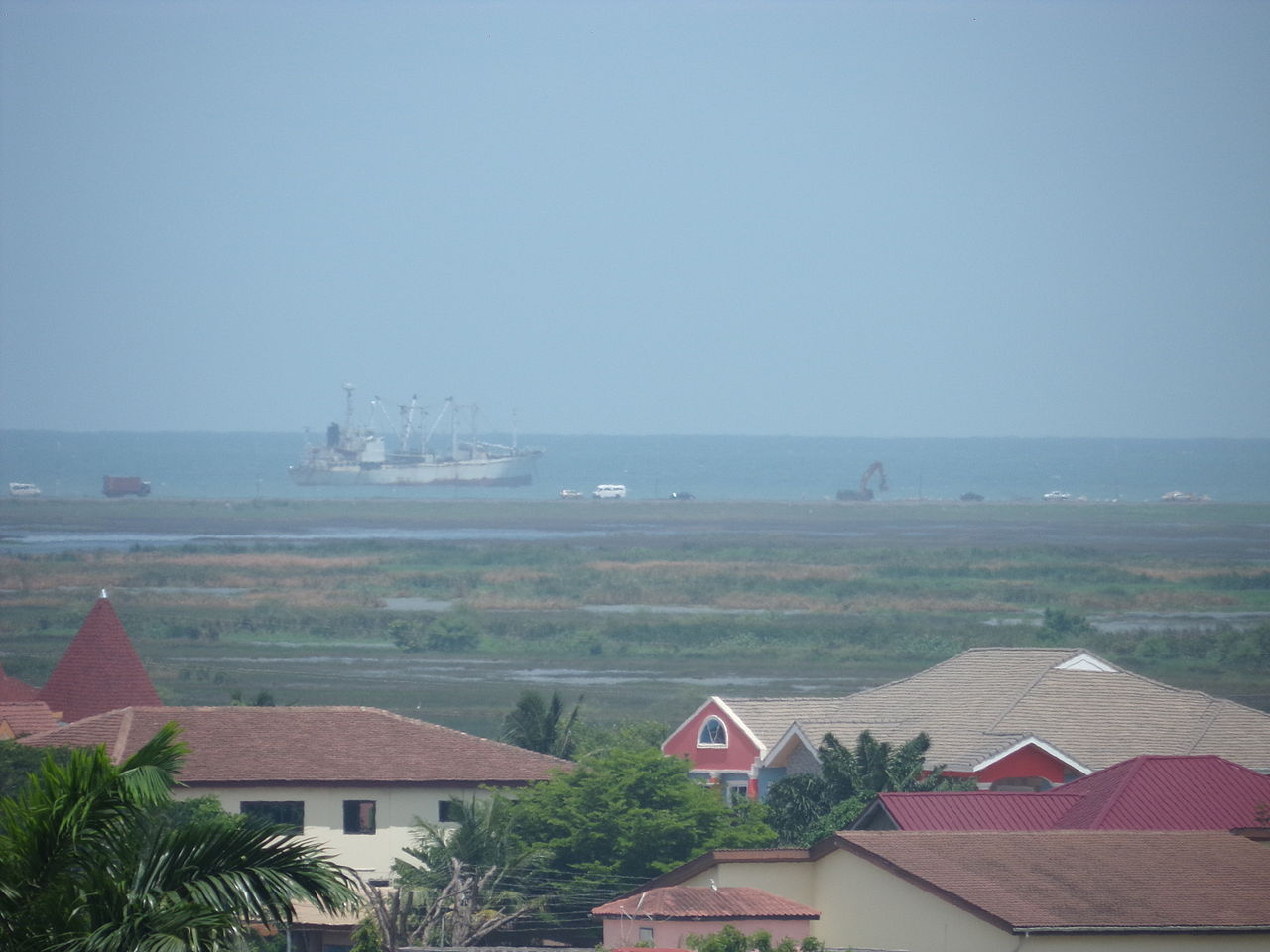 File Photo (The encroached Sakumono Ramsar Site)
The Forestry Commission says its resolve to pull down illegal structures at the Sakumono Ramsar site in the Tema Metropolis has been met with several political interference and court injunctions. The Sakumono Ramsar site has been invaded by real estate developers and other encroachers. As a result, hundreds of acres of the once vibrant wetland have disappeared and replaced by endless rows of completed and uncompleted structures. According to the Forestry Commission’s estimates, about 620 acres, including portions of the site cultivated under the Coastal Wetlands Management Project had been razed down. Some portions of the site have also been allegedly sold out to unsuspecting members of the public. It was therefore in the year 2018 that, the Forestry Commission under the leadership of the late Sir John served notice to demolish all structures in areas it had marked as ‘no-go’ at the Sakumono Ramsar site. But, four years after the assurance, the hitherto well-preserved wetland area and a habitat for migratory birds continue to be encroached with officials given up the fight. Speaking in an interview, the Operations Manager at the Wildlife Division of the Forestry commission, Mr. Dickson Yaw Agyemang, said the Commission is doing its best to save the Ramsar site from encroachers in line with the intended purpose for which the government signed the international treaty of the Ramsar Convention. He however said, carrying out the process by demolition the illegal structures are being marred by political interferences. He disclosed that, some key politicians who should have helped the Commission protect the wetlands have compromised their positions and as a result the law cannot bite. Mr. Agyemang noted that, sometimes officers were afraid to discharge their duties due to threats. He has therefore warned of a looming danger in Accra if encroachments on Ramsar sites are not halted, adding that, many homes and offices would wash away due to storm water run-off from Ashaiman.

About the Sakumono Ramsar site

The Sakumono Ramsar site is the only wetland wholly owned by the government and is meant for protecting Sakumono, Tema and their environs against floods and pollution, for the breeding of fish for the Sakumono Lagoon, as well as recreational activities. The Ramsar site is also the relaxation and feeding grounds for over 70 waterbrain species. Besides, it serves as breeding grounds for about three marine turtle species. The Forestry Commission maintains that the 13.6-kilometre square Sakumono Ramsar Site is part of the land acquired under the TDC for which compensation has been fully paid to the Nungua Stool. It has a catchment area of 222km2 from which water drains into the 1.6km2 Sakumono Lagoon. 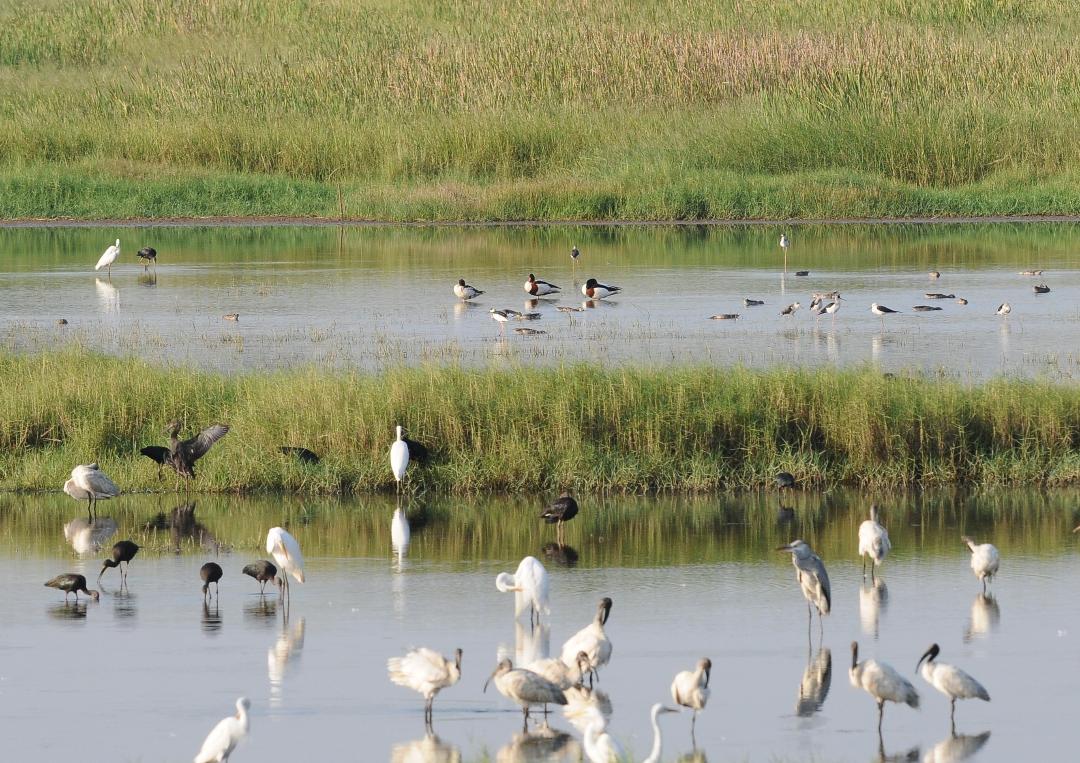 The Sakumono Ramsar Site is a habitat for migratory birds

The National Disaster Management Organization in the Ashaiman Metropolis says, one of its major challenges has been the Assembly given out permits to individuals to build on waterways. According to NADMO, there had been several instances where they had wanted to stop certain individuals from filling waterlogged areas for building, it however proved futile because the builders have had permits from the Assembly. Speaking in an interview with ghenvironment.com, the Senior Disaster Control Officer in Ashaiman, Theophilus Mensah mentioned areas such as the Gbemi River, middle East, community 22 and other areas that has their buildings on waterways. He described it as a very worrisome trend since it makes their work difficult and also renders them ineffective in carrying out their duties. He however added, that they are in talks with the assembly to give them clearance and very soon they would be demolishing structures built on water ways to prevent floods as the rains sets in.