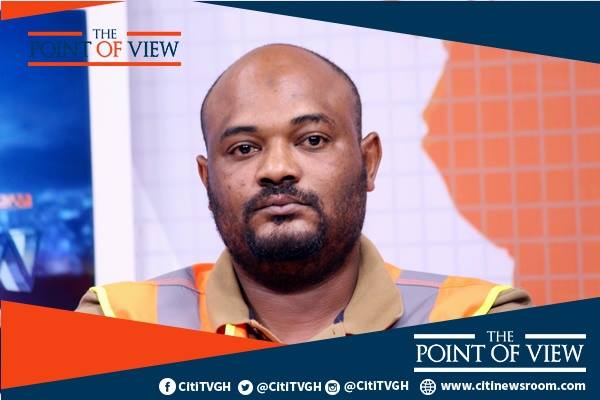 Abu Ramadan
The National Disaster Management Organization (NADMO) says its inability to demolish illegal structures on waterways is one of the major setbacks in tackling the recurrent flooding situation in the country, especially in the capital Accra. NADMO is therefore seeking the needed empowerment through legal backing to enable it do so if Ghana is bent on bringing an end to its perennial flooding situation. The onset of the rainy season has seen many parts of Accra inundated, with several homes counting their losses after floodwaters destroyed a number of properties. NADMO admits the unfortunate situation is partly to blame on the unlawful structures dotted around every nook and cranny, and can only be resolved if it is given the mandate to properly check the unauthorized siting of these structures. “Everything boils down to the assemblies. There are a number of illegal structures put up all over, but it is not the mandate of NADMO to demolish them. That is the problem we have,” says Abu Ramadan, NADMO’s Deputy Director-General. On Citi TV‘s Face to Face program on Tuesday, Abu Ramadan suggested that the time is ripe for NADMO to be given the needed powers to pull down structures obstructing the free flow of water, since local authorities have done too little in that respect. “For us as a coordinating agency, there isn’t so much we can do. We can only advise or proffer solutions and facilitate. If the law has given us power to move an excavator to go and demolish buildings, I believe we would have done that”, he added. Heavy rains, which started late Monday evening through Tuesday morning, submerged parts of the capital city. This came after most parts of Accra got flooded after close to a 10-hour downpour last Saturday. Residents in hard-hit areas had to abandon their homes to seek shelter elsewhere because the floodwaters entered their rooms.

But NADMO says, one of the factors driving the situation is the heaps of filth that have engulfed most parts of the city. The debris that had taken over the capital, blocked drains that forced rushing floodwaters onto streets and homes. While assuring of dealing with the flood to protect lives and properties, NADMO wants more action taken to clear filth. “The bane of our problem is filth. Anytime it floods, it is always the fifth that has engulfed the drains. We need to find ways of dealing with the filth.” “But we are ready. Together with our collaborating agencies, we should be able to understand each other’s role in terms of preparations towards the floods and enforce our standard operating procedures”, Abu Ramadan emphasised.
Be the first to comment!
Leave Your Comment