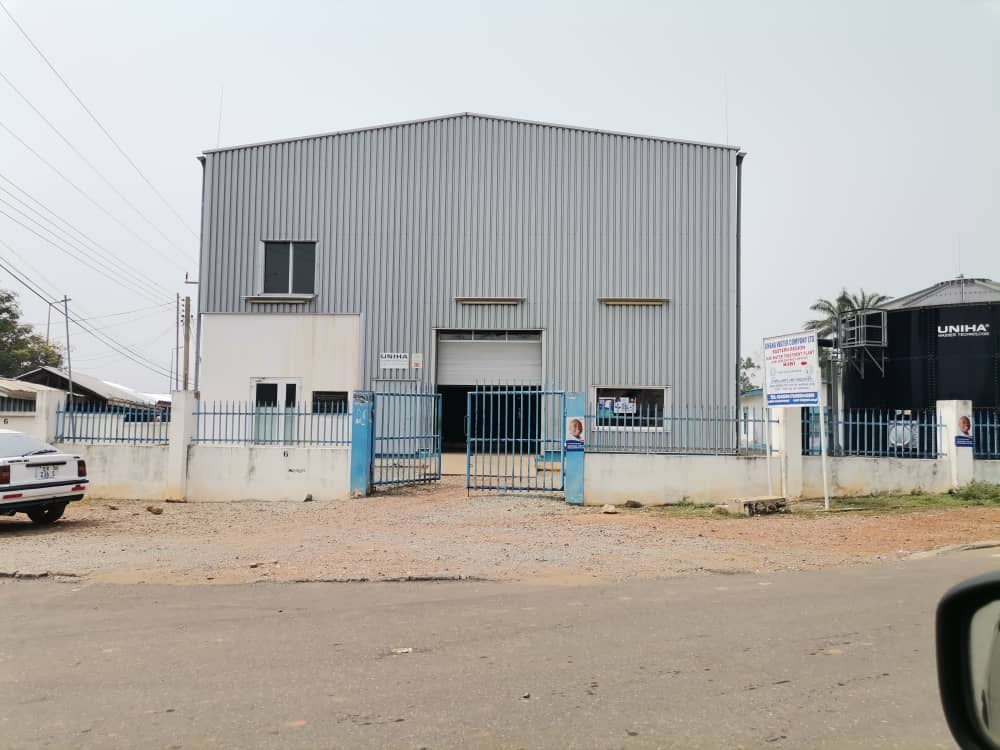 the kyebi water treatment plant
The Ghana Water Company Limited (GWCL) has since last week shut down its Kibi Water Treatment Plant in the Eastern Region as a result of the high pollution of River Birim by illegal miners, ghenvironment.org can confirm. A source at the GWCL in the Eastern Region revealed that, the water is highly polluted, unwholesome and beyond treatment and any attempt to treat the water would be too expensive. This is not the first time the Kibi Water Treatment Plant which produces 44,000 gallons of water daily, had been shut down as a result of the pollution of the Birim river. It was shut down in the year 2017 for similar reasons. The Kibi treatment plant derived its raw water upstream the Birim in the Apapam area and the consistent pollution of the river means shutting down the plant until there is drastic improvement in the quality of the raw water. “Apart from spending so much money to treat polluted water, the company also risked putting its equipment, especially the pumps, in danger of picking silt which could permanently damage the facility”, the source added.

The closure of the water treatment plant has since caused acute water shortage in the area, with many residents struggling to get water for domestic use. Agya Bomba, one of the residents of Kibi was not surprise that the treatment plant had been shut down. He told ghenvironment.org that, illegal mining has been rife in the Atewa area since last year, and there is nobody to check or stop them. “Some are doing it in the name of community mining which is uncontrolled, while others are also hiding in the night to illegally mine the mineral resources and pollute our only source of drinking water, so am not surprise that the treatment plant has been shut down. He revealed that, residents are now relying on dug wells and boreholes to get water for their domestic use. “But this is the town of the President of the Republic of Ghana and one would have expected that, the environment would be serene just to project his image but we are seeing the opposite here”, he added. Agya Bomba has therefore called on President Akufo Addo to urgently issue an executive order to ban all illegal mining activities in the area to protect the water bodies and other rich natural mineral resources.

The Eastern Region especially, the Atewa enclave including Kibi, Osino, Portroase and its environs have in recent time witnessed massive destruction of water bodies and the forest as a result of the uncontrolled activities of illegal miners. As a celebrated environmentalist, the Okyenhene, Nana Amotia Ofori Panin set up the Okyeman Mining Protection Unit to laisse with the government taskforce to stop the wanton destruction of the forest and water bodies in the area. But, many people have started questioning the role of this Unit, especially when the illegal mining activities is still ongoing, with the destruction visible for all to see. Gyan Apenteng, a resident of Asiakwa near Kibi told ghenvironment.org that, the Okyeman Mining Protection Unit had turned itself into officials of forestry commission arresting illegal timber at the Bunso Junction. “You will see them driving in their pickup vehicles in town and the only notable thing you will see them doing is to arrest trucks carrying illegal timber while our rivers are being destroyed by these illegal miners with impunity”, he said. Mr Apenteng has therefore appealed to the Okyenhene to re-examine the role of the Okyeman Mining Protection Unit to live up to its name and save Okyeman from going thirsty by clamping down on activities of illegal miners which would in the long run help the GWCL to provide them with portable drinking water.
Be the first to comment!
Leave Your Comment