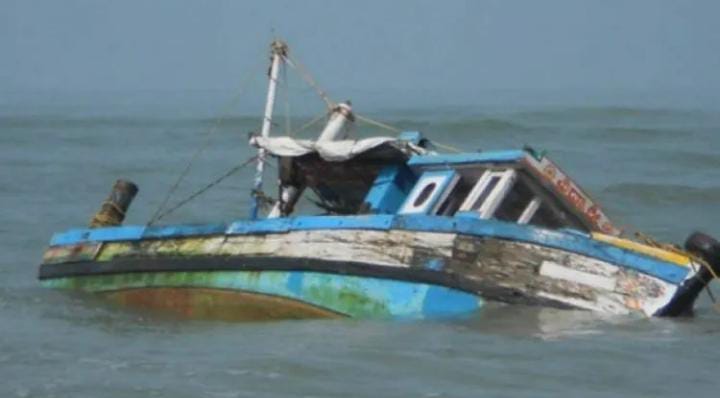 File Photo
News coming in indicates that, more 30 people are feared drowned after a boat parked with passengers and goods capsized on the Volta lake. The wooden boat was moving from Dzemeni to Havorkope in the Kwahu Afram Plains North District of the Eastern Region. According to reports picked from Havorkope, the boat capsized on its way at Todzie while moving from Dzemeni to Havorkope yesterday. The sad incident according to an eye witness, occured around 5pm after the boat was hit by a wind storm on the lake. Few passengers on board were able to swim ashore. Speaking to ghenvironment.com, the DCE for Kwahu Afram Plains North, Mr Isaac Ofori said, only 12 people have been rescued so far, with seven dead and five alive. He said, with the boat allegedly carrying more than 40 passengers including students and traders, the rest are feared dead. The rescue team he said, are working hard to retrieve the other bodies. The residents of the area are appealing to the National Disaster Management Organization (NADMO) and the general public to come to their aid.

Saddened by this news. We really must take safety measures seriously. To think there were children on board. Tragic 😔